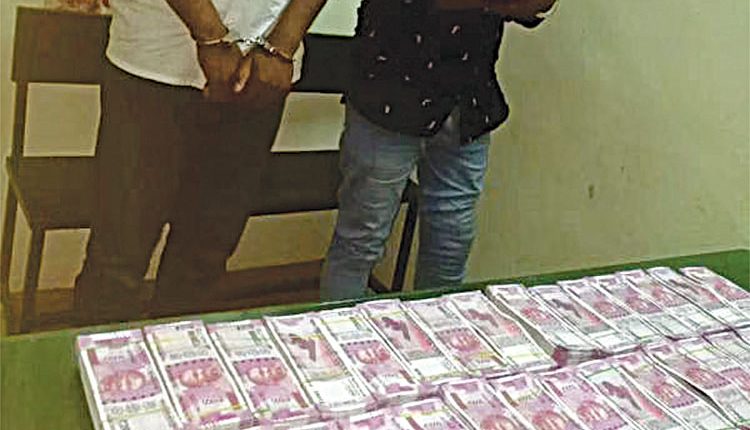 Nashik, Oct 13 (Agency) A woman doctor was among five arrested for allegedly running a fake currency racket, the Lasalgaon Police said here on Wednesday. The accused were identified as Dr Pratibha Ghayal, Mohan Patil, Vitthal Navaria, Ravindra Raut and Vinod Patel. Acting on a tip-off, a trap was laid on the Yeola Road and the accused duo of Ravindra and Vinod were caught while handing over the fake notes to the other three accused on Tuesday, the police stated.

The seizure includes 291 currency notes of face value Rs 500, totalling up to Rs 1,45,500, police told, adding that a car worth Rs four lakhs was also impounded. A case against them has been booked and further probe is underway, said Assistant Inspector Rahul Patil who led the raid.