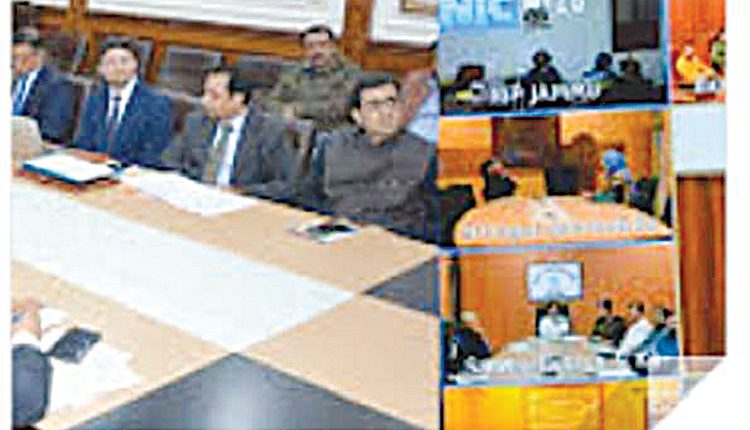 Jammu, Nov 25 (FN Agency) In a startling revelation, the Jammu and Kashmir administration on Thursday informed that more than 1300 NDPS cases were registered and 2085 persons involved into the crime were arrested till the month of October this year across the Union Territory. The figures were disclosed by the officials from the administration and the police during the Third UT Level NCORD meeting chaired by the Chief Secretary, Dr Arun Kumar Mehta to take a comprehensive review of efforts being made to mitigate the menace of drugs.It was informed in the meeting that till October this year, a total of 596 cases in Jammu Zone and 785 cases in Kashmir Zone have been registered under the NDPS Act arresting 815 and 1270 persons respectively. It was also revealed that in the same period about 291 kgs of Cannabis, 200 kgs of Heroin/Brown Sugar, 167115 Tablets, Capsules, Syrup and 52 FIRs had been registered against persons cultivating illicit crops over their agricultural lands under the said Act.

The Chief Secretary however, impressed upon the officers that the drug menace is a grave issue spoiling the precious lives of our youth falling its victims. He asked them that the problem deserves a wholesome approach from each appendage of the government.He maintained that the government is sympathetic towards victims and very harsh towards the peddlers and directed all the Deputy Commissioners to popularize the helpline number 14416 among the public so that they are able to report about this menace. He asked the police to have close coordination with the Rural Development and Social Welfare Departments to have insights and leads about those running this illegal trade.He made out that the PRI’s had done a commendable job during the recently concluded ‘Nasha Mukt Abhiyan’ carried out in the UT.Dr Mehta asked the Police administration to monitor the surroundings around educational institutions for movement of drug peddlers in their vicinity and advised for having a close eye on the pharmacists. He asked them to create ample awareness among masses to identify the victims and peddlers so that the former is given treatment and latter convicted under the law.

He asked them to intensify their campaign and not take rest until this menace is eradicated from the UT. The Chief Secretary also took note of the holding of district level NCORD meetings and urged all the DCs to convene such meetings regularly in their territorial jurisdictions without any fail and upload the minutes simultaneously on the national NCORD portal. The Chief Secretary assured the Police administration that the augmentation of FSL is in process and the time taken for requisite analysis of contraband material would get shortened considerably and asked them to destroy the seized material publicly so that people feel confident of reporting such activities coming to their knowledge or observation.The meeting was attended by ACS, Agriculture Production; ACS, Home; Principal Secretary, School Education; Divisional Commissioners, Jammu/Kashmir; ADGP, Kashmir/Jammu; Secretary Health; MD, NHM; Excise Commissioner; State Drug Controller; Zonal Director, NCB Jammu; SSP, ANTF and all the Deputy Commissioners and District SPs.Outstation based officers participated in the meeting through video conferencing.

TB treatment can be cut from 6 to 2 months : Truncate study