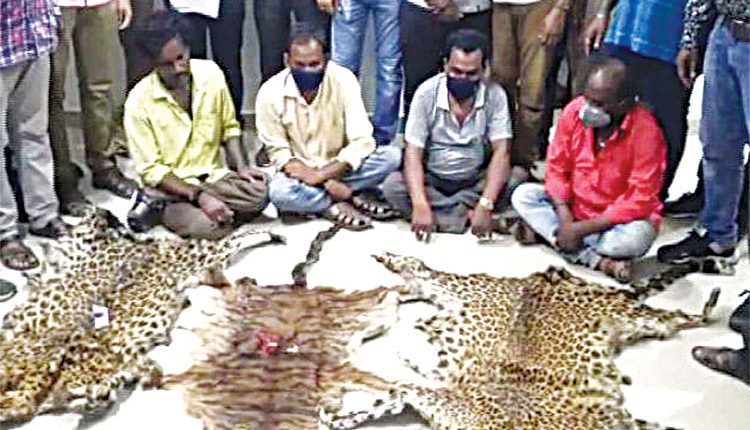 Bhubaneswar, Jul 11 (Representative) In a day-long operation on Saturday,a joint team of Wildlife Crime Control Bureau with the help of forest officials of Chhattisgarh and Odisha have arrested seven persons and seized nine big cat skins from their possession. It was one of the biggest crackdown on trading of wildlife products in Odisha and all the nine skins of tiger and leopard were seized from Kalahandi district during raids in various places in the past 24 hours. Forest official sources said four leopard skins were seized from Narla and two leopard skins from Junagarh while two leopard skins and one tiger skin were seized from Madanpur Rampur, all in Kalahandi district from within the south and north forest division of the district.

The joint squad altogether arrested seven persons in connection with the incident and all of them part of an inter state smuggling racket, were nabbed while striking a deal to sell the skins. All the accused have been booked under various sections of the Indian Penal Code (IPC) and Wildlife Protection Act and efforts are on to ascertain the possible involvement of other people in the smuggling syndicate, officials said. The wildlife officials are perturbed over such a big haul and trying to ascertain from where the leopards and tigers were killed by the poachers. The big catch has also exposed a well organized racket operating in the Odisha –Chatisgarh border and in the Tiger Reserve forests.