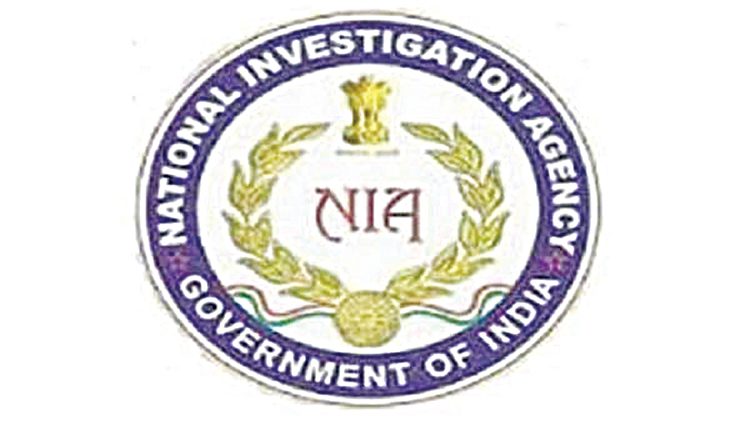 Chennai, Aug 5 (Bureau) A team of officials from the National InvestigationAgency (NIA) today conducted raids at a house at Kelambakkam on theoutskirts of the city. The raids which commenced in the morning are continuing. The raids were a follow-up action to the searches conducted at 22 placesacross Tamil Nadu, including at the Tiruchy special camp, on July 20.NIA sources said the house of a conduit of the Sri Lankan drug lords lodgedin the camp was being searched after gathering information about him duringthe earlier search operation.NIA had conducted search operations on July 20 at 22 premises, includingthe special camp in Tiruchy, where foreign nationals with criminal backgrounds have been lodged, along with eight premises in Chennai and interrogated asmany as 14 Sri Lankans for their suspected links with offenders involved insmuggling drugs and heavy arms.

During the earlier search, NIA team seized over 60 mobile phones and morethan 50 SIM cards along with a laptop and other digital devices. A release from NIA said on July 20 NIA conducted searches at 22 premisesof accused and suspects in Chennai, Tiruppur, Chengalpattu and Tiruchydistricts in Tamil Nadu in the case of illegal activities of Sri Lankan drugmafia being operated by C Gunashekharan alias Guna and Pushparajahalias Pookutti Kanna in association with Haji Salim, drug and arms supplierbased in Pakistan. These drugs and arms traffickers have been operating in India and Sri Lankaand working for the revival of LTTE and to further its violent activities.

The case was registered suo moto by NIA on July 8, 2022 under secs 120-Bof IPC, secs 18, 20, 38, 39 and 40 of Unlawful Activities (Prevention) Act,besides under sec 8(c) read with secs 21(c), 23(c), 24, 27A, 28 and 29 ofNDPS Act. The searches led to recovery and seizure of digital devices and variousincriminating documents. NIA had registered a fresh case based on information collected during theprobe into the case of the seizure of 300 kg heroin, five AK-47 rifles and1,000 live 9 mm ammunition from a Lankan boat off the coast of Vizhinjamharbour near Thiruvananthapuram in 2021, sources said. Fourteen inmates, including Danuka Roshan, Gunasekaran, PookuttiKannan, Vikramasingam, Katta Gamini, Suranga Pradeep, Roopan, Mohammed Riyaz, Kennedy and Uma Raman were allegedly in touchwith Pakistani smugglers to ferry drugs to India and Lanka.The gang was operating with Haji Salim and were operating in Indiaand Lanka for the revival of LTTE,” NIA had said. The gang was not only operating India and Sri Lanka in illegal drugs andarms trade for the revival of LTTE, but had been functioning as a crimesyndicate. The special camp houses over 140 foreign inmates, including over 100people from Sri Lanka.