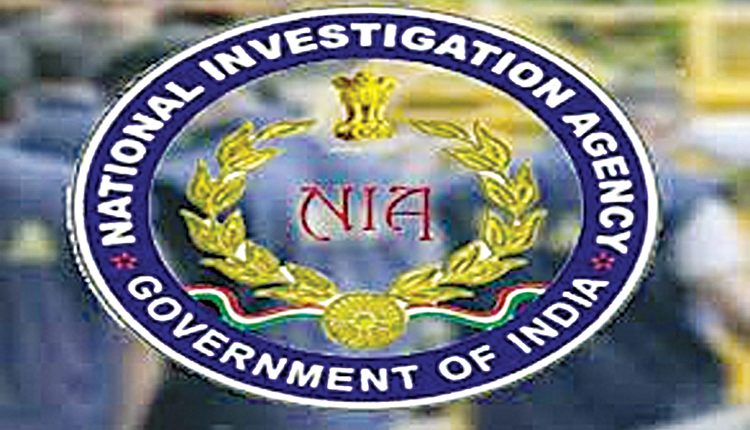 New Delhi, Aug 8 (Bureau) A Delhi Special Court on Monday granted National Investigation Agency custody of Jamia Millia Islamia student Mohsin Ahmad till August 16 for his alleged involvement with terror group ISIS. Ahmad was arrested on Saturday from Batla House residence in New Delhi residence in a case pertaining to online and on-ground activities of ISIS and alleged involvement in collection of funds for the terrorist outfit from sympathisers in India as well as abroad and routing them to Syria and other places in form of cryptocurrency. The arrest follows NIA’s extensive proba across several states.

It conducted searches in Bhopal and Raisen districts of Madhya Pradesh; Bharuch, Surat, Navsari and Ahmedabad districts in Gujarat; Besides, in Arariya district in Bihar; Bhatkal and Tumkur City districts in Karnataka, Kolhapur and Nanded districts in Maharashtra and Deoband districts in Uttar Pradesh in connection with activities pertaining to the ISIS. The NIA registered the ISIS funding case on June 25, 2022 under sections 153A, and 153B of Indian Penal Code and sections 18, 18B, 38, 39 & 40 of UA (P) Act.