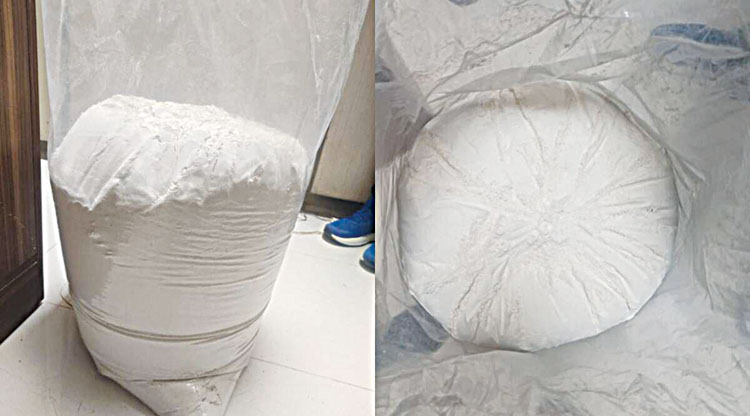 Mumbai, Oct 7 (Bureau) The Mumbai unit of the Narcotics Control Bureau (NCB) seized 60 kg of high quality mephedrone worth Rs 120 crore, busted a syndicate and arrested six people including a kingpin of the operation, officers said. Those arrested include a former pilot of Air India.According to the officers, the Naval Intelligence Unit in Gujarat’s Jamnagar shared information about the suspicious activities of a few people following which an NCB team led by Mumbai Zonal Director Amit Ghawate coordinated with the agency and closely monitored the specified targets.

Over time, they learnt about a bulk assignment which was about to be transported from Gujarat. The NCB initially seized 10.350 kg of contraband and arrested four key associates on October 3. One of them, Bhaskar V, was arrested from Gujarat and three others — S G Mahida (Pilot), S M Chowdhury and Muthu P D — from Mumbai. On October 6, the NCB seized 50 kg more kg from the cartel’s godown. Two more were arrested including kingpin M I Ali and narcotics were found in a godown in Mumbai.