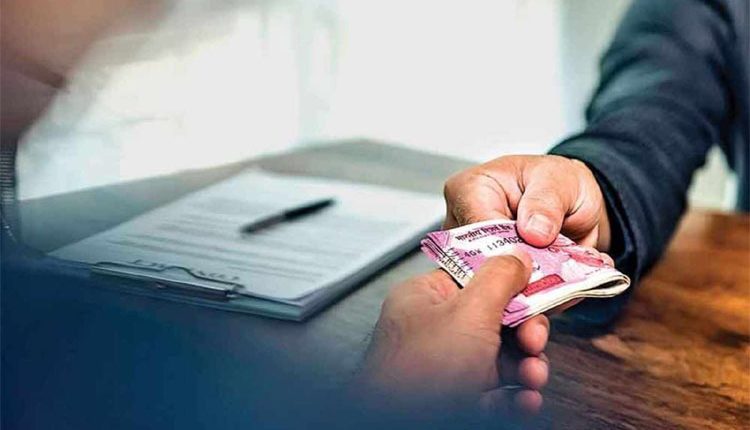 Tirupati, Apri 11 (Agency) Tirupati municipal corporation Revenue Inspector(RI) Rafi was caught red handed by ACB officials, here on Saturday. According to ACB sleuths, RI Rafi had demanded Rs 9,000 from one Narsimha Reddy to help in the conversion of property tax, a few days back. Narsimha Reddy met with ACB officials and explained about the RI’s demand and the ACB sleuths advised him to offer the tainted currency notes which they provided him to pass on to Rafi. On Saturday morning, Reddy after having discussion over the phone with Rafi, the latter advised him to meet him at a clothes shop opposite the Sridevi complex on Tilak Road.

As per officials’ plan, Narsimha Reddy went to the shop and gave Rs 9,000 to the RI. The ACB sleuths who were waiting near the shop entered into the shop and caught Rafi red handed and recovered the currency notes given to him by Mr Reddy. ACB officials registered a case against RI Raffi who would be produced in an ACB court in Nellore on Sunday.