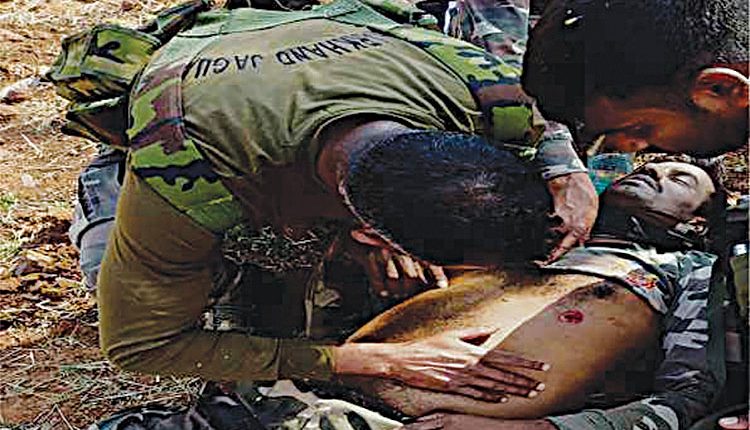 Chaibasa, Mar 4 (Agency) Ultras belonging to the proscribed CPI Maoists on Thursday executed an IED blast in Lanji forest under Tokolo Police Station area of the West Singhbhum district in which two jawans have been martyred while three others sustained injuries.

DSP Headquarters West Singhbhum Sudhir Kumar said that the injured jawan is being airlifted to Ranchi. Police sources said that the martyred jawan belongs to Jharkhand Jaguar. Additional troops have been rushed to the spot. Search and combing operations are on. Further details are awaited.