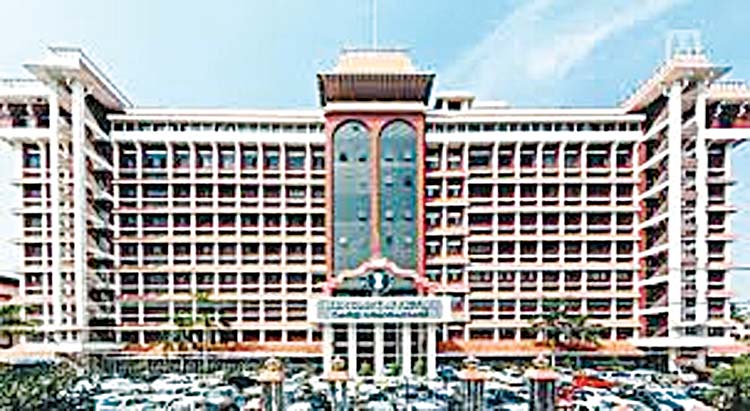 Kochi, August 17 (Bureau) Kerala High Court on Tuesday refused to stay the Enforcement Directorate (ED) probing the alleged violation of FEMA (Foreign Exchange Management Act) in KIIFB. While considering the petition moved by KIIFB CEO KM Abraham and Joint Fund Manager Ani Jula Thomas seeking the cancelation of summons issued by the ED, Justice VG Arun refused to stay the summons issued to former Kerala Finance Minister and CPI(M) leader Dr Thomas Isaac. Seeking a detailed explanation from the ED, the court posted the case to September 2. The KIIFB objected that the ED has no jurisdiction to look into the alleged FEMA violations. Earlier, the court asked the ED why former finance minister was asked to produce his asset details in connection with the Kerala Infrastructure Investment Fund Board (KIIFB) case. Considering the writ petition moved by Thomas Isaac against the ED who asked him to appear before its probe team on August 11 in connection with the case, Justice VG Arun observed that he has a right to privacy. “The details of his personal assets can only be disclosed in accordance with the procedure established by law. As he has not been accused in the case, why he should produce all such details.”

The CPI(M) leader approached the court when the ED has issued its second notice directing him to appear before it on August 11 in connection with the alleged violation of FEMA (Foreign Exchange Management Act) in KIIFB. This was the second time that the ED issued notice in four week time asking him to appear before its Kochi office for interrogation in connection with the case. On July 19, responding to the fist notice received from the ED, the CPM leader said “Even if I get a notice, I am not going to appear before them. I have some other important things to do. They will have to arrest me.” KIIFB, a primary agency of the state government for financing large and critical infrastructure projects, was constituted when Isaac became the State Finance Minister. Meanwhile, based on the CAG finding in 2020 that KIIFB had caused a liability of Rs 3,100 crore to the State Government, the ED sent a letter to the Reserve Bank of India (RBI) seeking the details of the Masala Bond. The ED also probed whether the Foreign Exchange Management Act (FEMA) was violated by the KIIFB. The issue came to the light after the CAG found that KIIFB was raising loans unconstitutionally. According to the KIIFB balance sheet for the year 2019-20, it records a net loos of Rs 171.1 crore. The KIIFB recorded the loss first time after its revamp in 2016. Pointing out faults in its method of availing foreign loans, the CAG reported serious lapses in its report in 2018-19 also.

In 2019-20, it paid Rs 401.12 crore as interest for Masala bonds, guarantee commission and other loans availed from NABARD, SBI, Union Bank, Indian Bank, Syndicate Bank, KSFE bond. The KIIFB raised Rs 2,150 through the Masala Bonds listed at London Stock Exchange at a high interest rate of 9.72 per cent. This is also to be noted that interest rate was less than 9.72 per cent in the case of domestic bonds. Other states like Andhra Pradesh and Punjab had floated Statutory Liquidity Reserve Bonds (SLRB) at cheaper rates (7.5 to 8 per cent) through the Andhra Pradesh Industrial Infrastructure Corporation and the Punjab State Industrial Development Corporation respectively. However, Kerala Government avoided its own Kerala State Industrial Development Corporation (KSIDC) to float bonds for raising funds. The losses of the KIIFB will be absorbed by the State Government through budgetary allocation based on an amended KIIFB Act. Experts say most of the projects funded by KIIFB will not yield any profit. Though the Government claims that projects worth Rs 60,000 are on the roll till March 31, the KIIFB has disbursed only Rs 4,736 crore. Out of 4,746 crore, Rs 1,214 crore was given as grants, experts added. The KIIFB is holding Rs 8,684 crore, raised through Masala Bond, as fixed deposits in various banks, mutual funds at lesser interest rates, proving financial mismanagement.

Criticising Kerala Government for violating the 7thschedule of Indian Constitution, the CAG report said the external borrowings through Masala Bonds by the KIIFB (Kerala Infrastructure Investment Fund Board) were not in accordance with the Constitutional provisions and lacked legislative approval. Stating that the KIIFB is the liability of the state government and Masala Bonds are external debts, the report said liability of the KIIFB having no income source will become the burden of the State Government. Alleging that the Kerala was trying to grab the Centre’s previleges, the report said the RBI approval to Masala Bond can be questioned. In May 2019, Kerala Chief Minister Pinarayi Vijayan had opened the KIIFB masala bonds trade at the London Stock Exchange. When the CAG report was placed in Kerala Assembly, the Opposition Congress party said the CAG report has brought out the gross mismanagement of economy by Dr Thomas Isaac. Massive off budget expenditures will burden the state with more debt, they felt. “Foreign borrowing, as pointed out by the report is a serious violation of constitutional provision,” the Congress said. Earlier, Thomas Isaac tweeted that “A writ petition filed in the Hon`ble HC of Kerala seeking to restrain ED from enforcing my personal appearance before them for an offence that they are not willing to divulge. Such a fishing & roving enquiry is contrary to the spirit of decision of the Apex Court of India.” “ED served me 2nd summons under FEMA for personal appearance. The roving enquiry going on against KIIFB for the last 2 years is against the spirit of orders of the SC. I have asked them to recall the summons or clarify the offence against me or KIIFB,” he tweeted.