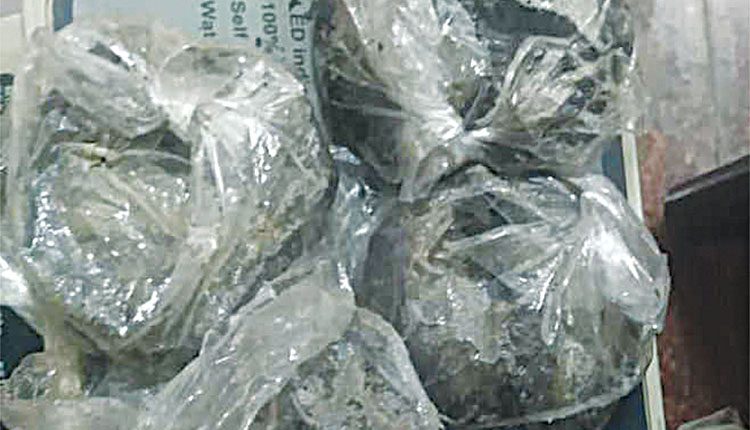 Chandigarh, Jun 15 (Agency) Haryana Police has arrested an interstate drug peddler and seized 21 kg of opium worth Rs 30 lakh from his possession in Kaithal district. Giving this information here on Tuesday, a Haryana Police spokesperson informed that a police team, acting on credible information, raided a house and seized the contraband. Arrested accused was identified as Gurpreet Singh alias Preet, a resident of Mahmoodpur. Preliminary probe revealed that arrested accused used to source the opium from Bihar and supply it in small quantities at high price in the Guhla-Cheeka area and Punjab. Two of his cousins were also behind bars in Fatehpur jail, Uttar Pradesh in a case of drug smuggling.

A police team during patrolling had got a tip off that a person engaged in selling drugs to youth had a big consignment at his house in village Mahmoodpur. After getting the input, police immediately conducted a raid and recovered 21 kg opium worth Rs 30 lakh from a plastic bag after digging the raw land near stairs in the house. In another crackdown, 145 grams of heroin was recovered from three accused identified as Vikram alias Pahadi, Vikarm alias Bikar and Sewak in Fatehabad district. “In a separate case, sleuths of CIA in Panipat arrested Sanjeev, a native of Manuwas, Haridwar in Uttarakhand after 1.30 kg of charas was recovered from his possession”, he added. All accused have been booked under the Narcotic Drugs and Psychotropic Substances (NDPS) Act and further investigation is underway.

Fort Kochi to be made Kerala’s foremost tourist destination