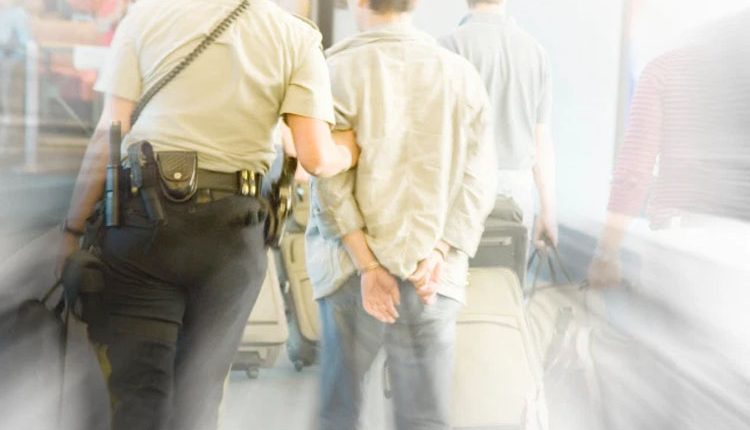 Chennai, Apr 18 (Agency) An Indian National who had visited Yemen in violation of the travel advisory issued by the government, was arrested at the Anna International airport here today. Airport sources said the passenger arrived here from Dubai by the Fly Dubai flight, when the immigration authorities checked his passport, which revealed that he has travelled to Yemen and stayed there for six months. Since the authorities suspect that he might have undergone training with terror outfit ISIS in Yemen, the officials arrested the person, identified as Nizamuddin from Perambalur district, informed the ‘Q’ branch police, dealing with cases of terrorism and extremism, and the Central Intelligence wing.

During questioning by the Q branch and immigration authorities, he said he had went to Dubai in search of job. Since he could not get a job there, he travelled to Yemen from Dubai in search of job and stayed there for six months. Suspecting that he might have gone to Yemen allegedly for training with ISIS, the authorities have alerted the Perambalur district police to verify his background and his contacts. Nizamuddin will be handed over to the Central Crime Branch police for further questioning, the sources said. The Indian government in its travel advisory had said the security situation in Yemen continues to be fragile as conflicts and bombings still continued and urged the Indian nationals to avoid travelling to Yemen. It also said if any Indian citizen ignores the travel ban and travels to Yemen, he/she will be accountable for action under Sec 12 of the Passports Act, 1967.

In addition, the passport will be impounded or revoked depending upon the case under sub section (3) of Sec 10 of the Passports Act. ”On encroachment of the notification, the Indian Nationals will be refused passport under Sec 6 of the Passport Act for seven years from the date of revocation of the passport”, the advisory, said and added that besides, the owners of foreig ships ferrying Indians to Yemen will be liable for criminal proceedings and visas for travelling to India in future will be refused to them.