IMFL, valuables worth over Rs 18 lakh seized, 5 arrested in Kolhapur 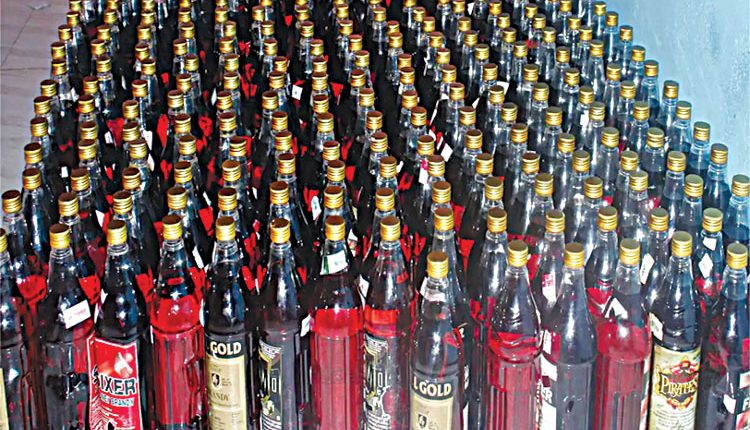 Kolhapur, Jun 16 (Representative) The Excise department of Ichalkaranji town of this district on Wednesday seized India-made Foreign Liquor along with cash, gold and other materials, collectively worth Rs 18.84 lakh and arrested five people, including an absconded accused, in this connection. Acting on a tip off, a team of Excixe officials laid a trap at Kini toll plaza in Hatkanangale tehsil of the district on Pune-Bangalore national highway early this morning and stopped a suspicious car, an official press release said here.

During the search, they recovered two boxes containing 96 bottles of 180 ml of Royal Blue Whisky and Brandy made in Goa, along with cash of Rs 3.84 lakh, 90 gm of gold, eight mobiles, collectively worth Rs 18,84,230. Following which, they arrested five occupants in the car. The arrested accused are Pradip Arjun Patil (an absconder from Sindhudurg district), Prakash Arjun Patil (49), Ajay Suryakant Kavathankar (23), Rohit Datta Salgaonkar (25) and Mandar Datta Salgaonkar (29), all from Morewadi in Savantwadi of Sindhudurg district. A complaint has been registered against five accused at the Ichalkaranji police station in regards to the crime, the release added.