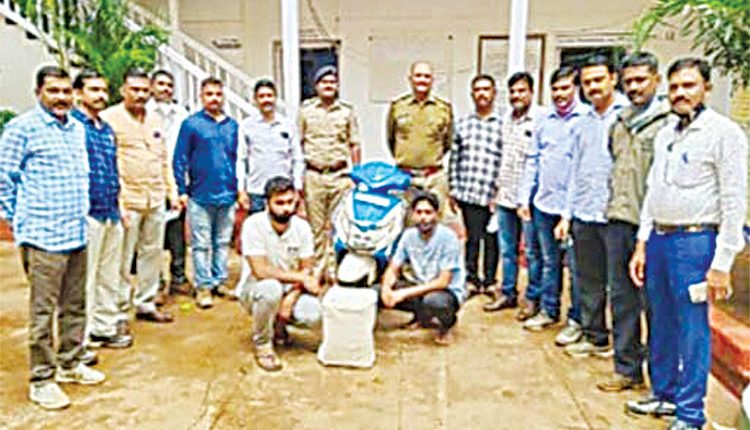 Hubbballi, 23 Mar (Agency) The Narcotics Cell of the Hubballi-Dharwad Police on Tuesday arrested two drug peddlers and seized 321 gram of ganja and other drugs like Meth and CBD oil from their possession. Those arrested include a 27 year old man from Mumbai and a 24 year old woman from Hubballi City, according to a Press release issued by the Commissionerate of the Hubballi-Dharwad Police here onTuesday. The police also seized cash, three mobile phones and a two wheeler form their possession which was allegedly used in the crime. The man used to supply drugs from Mumbai to the woman in Hubballi and both have now been sent to judicial custody and further investigation have been taken up, the press release added.

In another case, the Twin City police on Tuesday arrested three peoples for impersonating as Central Government Employees and fraudulently collecting money from a loan aspirant from the Prime Minister’s Kaushalyabhivraddhi (Skill Development) Ministry. They also seized items worth Rupees 4,97,500/- including cash, laptops, seven smart phones, eight key pads and two vehicles. All the arrested have been sent to judicial custody, the press release added.