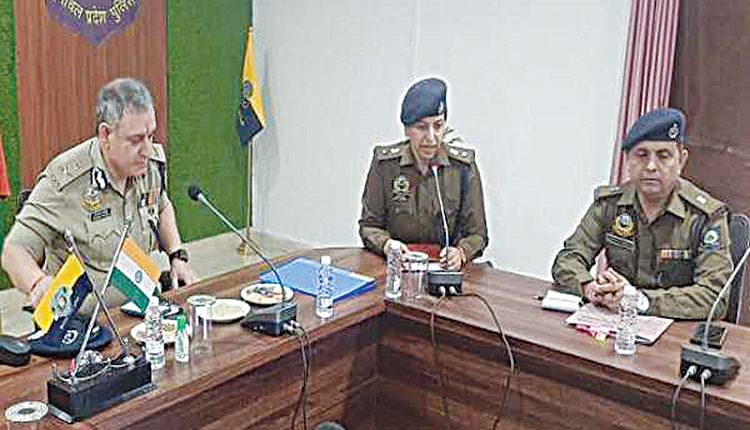 Hamirpur (HP), Oct 15 (FN Agency) Sanjay Kundu, the Director General of Police Himachal Pradesh has directed the police staff posted in Hamirpur district to be tough against the Mafia and lawbreakers during the election period and ensure free and fair elections.He said this during a review meeting with the police staff at the local Police lines Saturday night. SP. Hamirpur, Dr. Akriti Sharma was also present at the meeting.Earlier, the DGP inaugurated the conference room set up at Police Lines Hamirpur.During the review meeting, the Director General of Police asked the staff to be fully prepared for the successful implementation of the code of conduct issued by the Election Commission for conducting elections. The Director General of Police issued detailed guidelines for conducting free and fair elections in the state and district.

He asked the police officers present to ensure compliance with all the orders and guidelines received from the Election Commission and Police Headquarters in all matters relating to various aspects of the elections. He told them to make sure to take strict legal action against illegal mining, drug smuggling, liquor smuggling, arms smuggling, carrying of cash, and goods distribution. He also issued guidelines for conducting training at the earliest for all police and home guard personnel. He said only women employees should be their at all women polling stations. Guidelines were also issued to ensure proper arrangements in advance for the accommodation of CRPF and police forces to be deployed for election duty.

The Director General of Police told the staff to do good work on behalf of the District Police and to update the social media regularly about the work related to seizures and elections. He also asked during this meeting to encourage all police personnel and their families to cast 100 percent votes.Kundu also issued strict orders to all the police personnel for good social media behaviour and good conduct during this period. He asked to keep an eye on the elements of anti-social and criminal tendencies and ensure take immediate legal action if anyone is involved in any illegal activity or illegal act. SP, Dr. Akriti Sharma detailed the steps taken by the district police for free and fair elections and how to motivate the people to take an active part in the Vidhan Sabha elections.