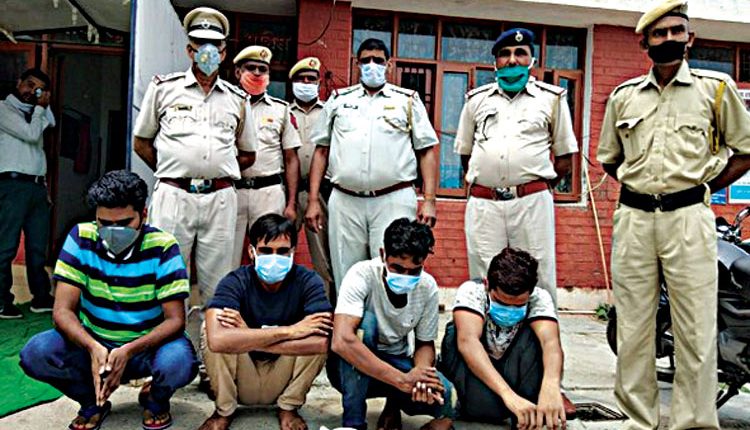 Chandigarh, Aug 27 (Agency) Haryana police has arrested an active member of an inter-state gang who was wanted in close to a dozen cases of ATM robbery, dacoity etc from Nuh district. Giving this information here on Friday, a Haryana Police spokesperson informed that the arrested accused was identified as Junaid alias Junna, a resident of Kharkhari in Nuh. A country-made .315 pistol and two cartridges were also recovered from him.

Junna was an active member of Nuh based interstate Ahmed Kod gang and indulged in ATM loot, dacoity, attempt to murder, theft and other heinous crimes in Nuh, Gurugram, Palwal, Faridabad districts of Haryana and National Capital Delhi. After getting secret information about the presence of Junna, a police team immediately conducted a raid at the given location and nabbed him alongwith illegal weapons. During the initial probe, it was revealed that the arrested accused has about a dozen cases registered against him and his associates in Haryana and Delhi. A case was registered against him and further investigation is underway.

‘Waterways connectivity should be harnessed for economical benefit of NE region’