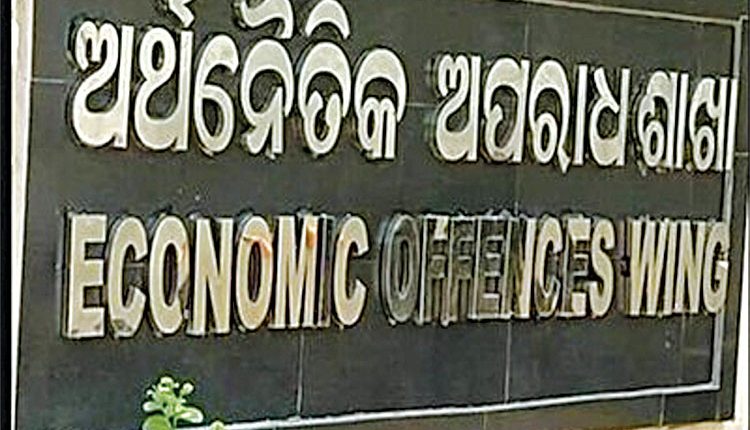 Bhubaneswar, Jul 26 (Representative) The Economic Offences Wing, (EOW)Bhubaneswar has arrested the CMD of a company for duping depositors crores of rupees on the pretext of providing high interest rate. Pratap Kumar Biswal, the Chairman & Managing Director of M/s Mass Infra Realty Ltd. and President of Human Welfare Credit & Thrift Co-operative Society Ltd, was arrested on Saturday from New Garia, a posh location in Kolkata, EOW sources said Mr Biswal had duped the depositors to the tune of several crores in the pretext of returning a high rate of interest on deposits under different schemes . The arrest was made U/s 406/420/467/468/471/120-B IPC r.w. Sec. 6 of OPID Act, 2011 after a case was filed on July 25, 2021. Mr Biswal was produced before the Additional Chief Judicial Magistrate, 24 Pragana (South), Kolkata yesterday, who has issued a transit remand. On the strength of transit remand, the accused was produced today in the Ld. Designated Court, under OPID Act, Balasore.

The case was registered on the written complaint by one Sukadev Hota of Soro in Balasore district. Mr. Hota in his complaint said Mr.Biswal and six directors have allegedly duped him and many other depositors to the tune of several crores in the pretext of high rate of interest on deposits under different schemes floated by their Company. Investigation revealed that M/s Mass Infra Realty Ltd. is registered with ROC, Kolkata during September, 2010 under the Companies Act, 1956 having its registered office under Barasat Police Station, 24 Parganas in West Bengal. Pratap Kumar Biswal was its Chairman-cum-Managing Director and there are other six Directors. Subsequently, during 2012, it changed its name to Human Welfare Credit & Thrift Co-operative Society Ltd. registered under Multistate Co- operative Societies Act, 2012 having its registered office in Laxmi Nagar, New Delhi and Mr Biswal was its President. The company represented through the Managing Director (the present accused) and other Directors had allured the general public with false promises of returning high rate of interest on deposits under different schemes of the company and unauthorizedly collected huge amounts from several investors and absconded from the locality after closing their offices.