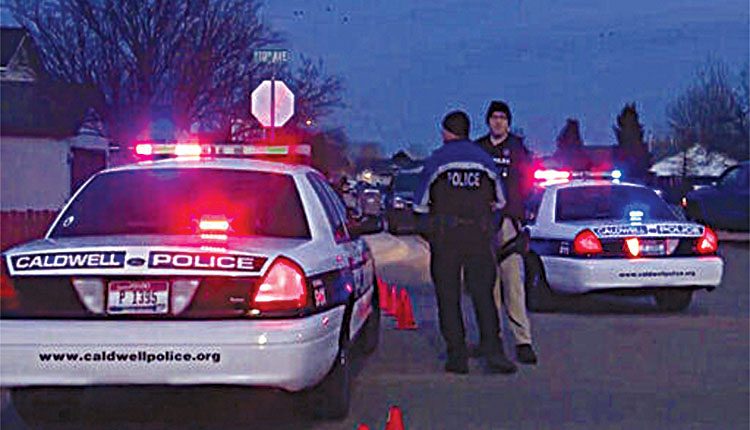 Kakinada, Jul 9(Agency) The East Godavari police have successfully nabbed two auto drivers alleged to be the interstate criminals and suspect sheeters ,involved in house breakings and shops looting and recovered from them Rs.6,00,900 worth of stolen gold jewelry and silver ornaments besides electronic goods. Briefing the details of the arrest to media persons here on Friday sub divisional police officer V .Bhimarao said both the accused- Katta Siva Sankar alias Ladda (33) and Katta Sathibabu were close relatives and holding suspect sheets on them in police stations. Siva Sankar hails from Vedurupaka village of Rayavaram mandal, Sathibabu resides in Cheediga village of Kakinada rural mandal. While Siva Sankar committed 21 offences Sathibabu was involved in 18 offences – all in the state, besides some offences in Hyderabad city.

`They were used to lavish life as such and chose to commit offences of house breakings and shop lootings during nights. Both were caught red handed by Kranti kumar Pedapudi SI at the Balaji bankers in Indrapalem while disposing of the stolen property. The property recovered include gold jewelry weighing 119 grams , silver ornaments weighing 420 grams , one Samsung mobile phone and other electronic goods- pertaining to cases registered under Indrapalem, Coringa, Pedapudi and Anaparthi police stations .The accused were being sent to remand, ’he added. The SDPO has commended the special efforts put up by Akula Muralikrishna, Inspector of Police Kakinada rural circle in chasing the accused and tracing their whereabouts with the help of the information technology . He also attributed the credit to Inspector Muralikrishna for arresting and unfolding the mystery behind several property offences and even the murder cases in the entire sub division in recent times. The SDPO further said that the SP Adnan Nayeem Asmi was very keen on prompt detection of property offences and motivated, encouraged and personally supervised the work of the officers, along with Additional SP Karanam Kumar, Special Branch DSPs Ambika Prasad and Venkateswerarao . Later SP Adnan has awarded appreciation certificates to SDPO Bhimarao, Circle inspector Akula Muralikrishna, Pedapudi SI Kranti kumar, Indrapalem SI Nagarjuna Raju, Crime wing staff V Suribabu, V Srinivasarao ASIs, G Satyanarayana, PSN Raju , V V Narayana reddy and PLVSS Prasad head constables in recognition of their excellent performance.

Goa is on path of self-sufficiency