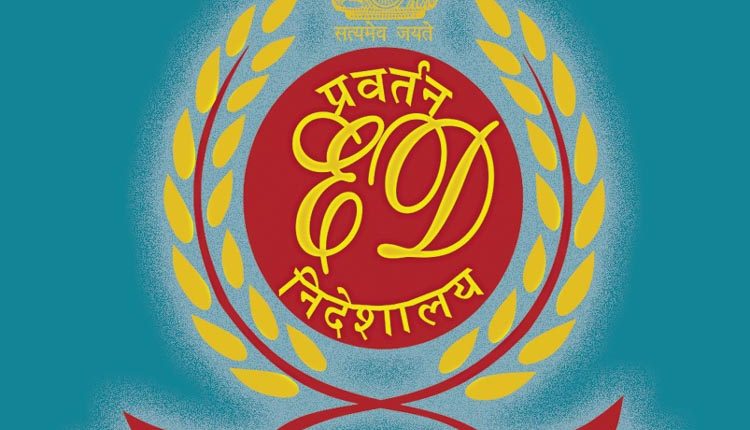 New Delhi, Mar 31 (Agency) Enforcement Directorate (ED) on Wednesday said that it has filed Prosecution Complaint which is equivalent to Police Charge Sheet, against 124 individuals, companies and firms under the provisions of Prevention of Money Laundering Act (PMLA) in connection with Adarsh Credit Cooperative Society Ltd (ACCSL) case. The federal probe agency in statement said, “Prominent among those, who are named in the prosecution complaint include ACCSL, Mukesh Modi and directors, partners, persons responsible for Adarsh Group of Companies, firms, LLPs, Riddhi Siddhi Group of Companies, firms, AOPs, Virendra Modi Group of Companies and others.”

The probing agency said the action came following attachment of movable and immovable properties of Rs.1489 crore spread across the country including Rajasthan, Haryana, New Delhi, Gujarat, Maharashtra, Uttar Pradesh and Uttarakhand. “The attachment order has been confirmed by PMLA Adjudicating Authority,” it added. “ED initiated investigation on the basis of FIR registered by Rajasthan Police against Mukesh Modi, Rahul Modi and others for the offences of cheating, criminal breach of trust, forgery of valuable security and criminal conspiracy,” the officials in the agency said.

Money laundering investigation revealed that ACCSL lured common people by offering high interest rates on their deposits. The funds so collected were siphoned off to Mukesh Modi’s companies/firms and his relatives and associates in garb of loans illicitly availed and integrated with their real estate businesses. The funds were so diverted by Mukesh Modi and others and he Mukesh Modi in collusion with his relatives Virendra Modi, Bharat Modi, Rahul Modi, Rohit Modi, Priyanka Modi and associates including society’s officials, siphoned off depositors’ funds from ACCSL by way of inter linked fraudulent transactions.

Mukesh Modi, his relatives and associates incorporated several companies firms for the sole purpose of diverting funds from ACCSL to their Real Estate business by way of availing fraudulent loans. Apart from the above, he infused huge Proceeds of Crime in these companies as share capital from ACCSL. Also, huge amounts were diverted and siphoned off by means of exaggerated salaries, incentives and commissions to its own kin and companies/firms. ED has taken possession of properties in 19 districts of 7 states in July-August of 2020.