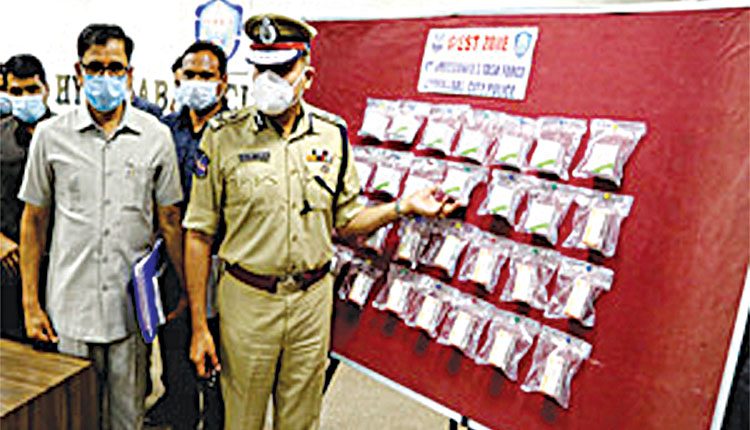 Chandigarh, June 17 (Agency) Haryana police have arrested a person in Nuh district who had stolen 133 smart phones from a delivery vehicle associated with a major e-commerce company, on the way from Chennai to Manesar (Gurugram). Giving this information here Thursday, a Haryana police spokesperson informed that police had also recovered 85 smart phones worth around Rs 7.50 lakh from him. The incident came into light when a complainant from Delhi approached the police in Nuh district about the incident of theft.

On the basis of his complaint, a case was registered against the accused vehicle driver and his associates. Based on the intelligence and other inputs, a police team arrested the accused identified as Shabuddin, a resident of Dhana in Nuh district and recovered 20 stolen Redmi mobile phones from him. During the course of investigation and interrogation, police also recovered 65 mobile phones belonging to Amazon Company from the residence of arrested accused. Further investigation in the case is in progress to arrest the remaining accused and recover the remaining mobile phones.