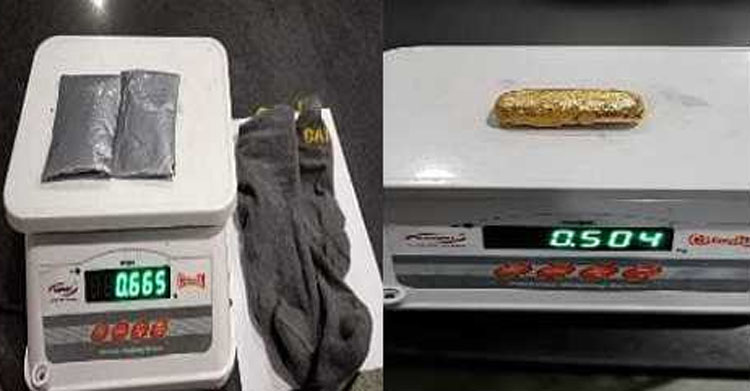 Mangaluru, Apr 18 (Agency) Customs at International Airport here arrested a passenger who arrived from Dubai and seized smuggled gold worth Rs 24.44 lakh, here on Sunday. Official sources said that a gold carrier has been apprehended by the Officers of Mangalore Air customs in the early hours of Sunday wherein a surveillance team led by Deputy Commissioner of Customs Dr.Kapil Gade has profiled and intercepted a passenger Aboobakar Siddiq Pulikoor Mohammed of Kasargod.

The passenger disembarked the Air India Express flight coming from Dubai from where he had tried to smuggle gold by concealing in socks. 504 gram gold valued at Rs 24.44 lakhs has been seized. Further investigation and proceedings in accordance with the law is under progress.