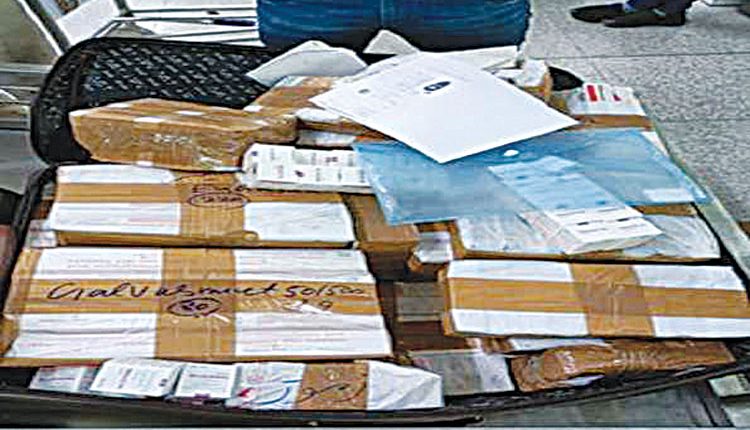 The passenger was taken to the random checking point for thorough checking of his luggage, said CISF. The passenger was carrying one registered baggage and two hand baggage. On screening of his baggage through the X-BIS machine, CISF personnel noticed suspicious images inside the bags. `On physical checking, huge quantities of different types of medicines worth Rs 64.40 lakh were detected. On enquiry, the passenger could not produce supporting documents or Doctor’s prescription for carrying such a huge quantity of medicines. The matter was informed to Senior Officers of CISF and Customs Officials. Later, he along-with detected medicines was handed over to Customs for further legal action in the matter.