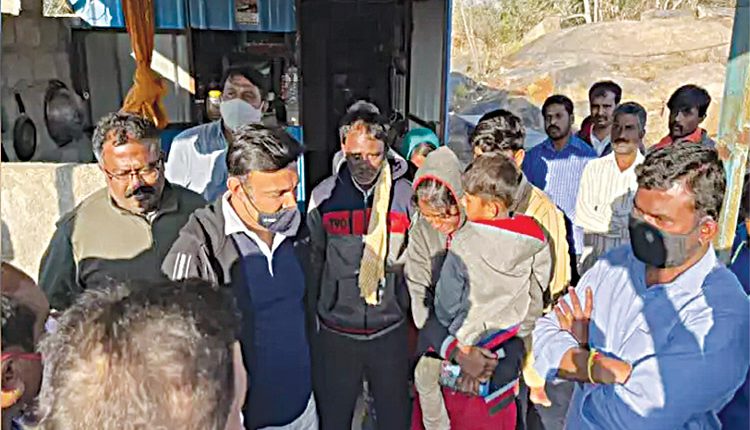 Chikkaballapura, Feb 25 (Agency) Police have arrested the prime accused in the quarry blast case – GS Nagaraja, a partner in Shirdi Sai Aggregates and Bhramara Vasini M-Sanders. GS Nagaraja, a local BJP leader from Gudibande, had been absconding since the explosion that killed six people at the quarry. He was arrested from Hosur, Tamil Nadu on Wednesday late at night, sources said.

Following a police raid and seizure of a vehicle from the quarry area on Monday, Mr Nagaraja allegedly instructed his employees to dispose of the illegally procured and stored explosive, while doing which the explosion occurred