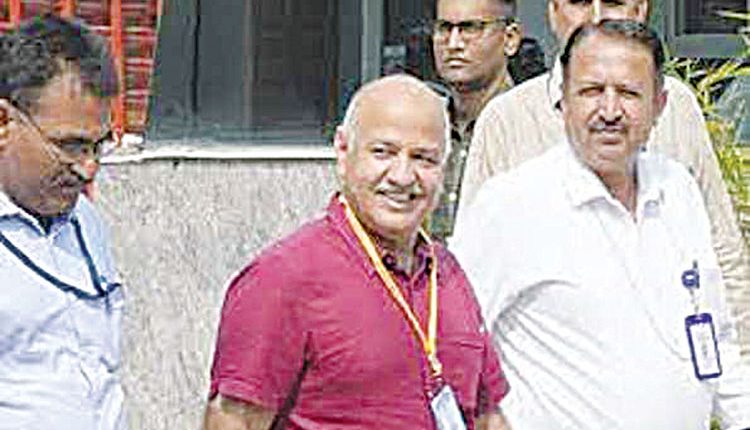 New Delhi, Oct 17 (Agency) The Central Bureau of Investigation on Monday grilled Delhi Deputy Chief Minister Manish Sisodia around nine hours at its headquarters in Delhi in an ongoing probe into alleged irregularities in Delhi excise policy. Sisodia, who was summoned to appear before CBI for questioning, reached the probe agency office today at around 11:30 am and left the office around 8:30 pm after nine hours of questioning by CBI sleuths here. Sisodia early in the day visited Rajghat with his party workers and proceeded towards CBI Headquarters. Early in the day, he posted a series of tweets and wrote: “I was to go to Gujarat for an election campaign in the coming days. These people are losing Gujarat badly. Their purpose is to stop me from going to Gujarat election campaign.”

“When I went to Gujarat, I told the people of Gujarat that we will build wonderful schools like Delhi for your children in Gujarat too. People are very happy. But these people do not want good schools to be built in Gujarat also, people of Gujarat should also study and progress,” he added. “Gujarat election campaign will not stop if I will be put in jail. Every child of Gujarat is now campaigning for good schools, hospitals, jobs, electricity. The coming elections in Gujarat will be a movement,” he wrote. Sisodia alleged that a false case has been lodged against him. “A completely false case has been made against me. Raided at my house, found nothing, looked at all my bank lockers, found nothing, went to my village and checked everything, found nothing. This is completely fake,” he stated.