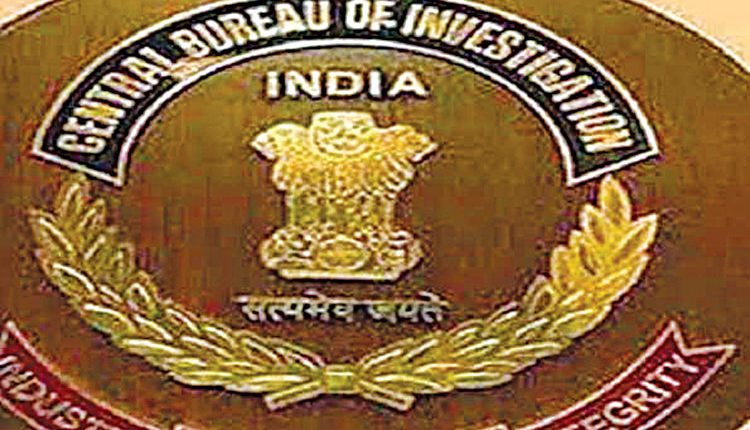 New Delhi, Dec 6 (Agency) The Central Bureau of Investigation (CBI) filed a case against the Directors and other officials of a private company, for causing loss of Rs 214.11 crore to the State Bank of India. According to a statement issued by CBI on Monday, the accused had allegedly cheated the bank by not hypothecating the vehicles in favour of SBI after sanctioning Term Loans to a Surat-based company for purchasing new commercial vehicles. In fact, the loan proceeds were allegedly not utilised for the purpose for which the term loans were sanctioned. Searches were conducted at the premises of the accused at Surat and Mumbai, which led to recovery of incriminating documents. In another case, CBI registered a case against Directors and guarantor of private companies for allegedly cheating Canara Bank, Lucknow by defrauding, misappropriating and diverting the loan amount and causing loss of Rs 24.82 crore to Bank.

The national investigating agency said it got a complaint from Canara Bank, Lucknow regarding the fraud, following which a case was registered and a probe was initiated into the matter. It was also said that the private company allegedly mortgaged part of collateral security to a Housing Finance Company to secure a loan of Rs 21.26 crore. The account turned NPA on June 30, 2017, and the borrower company had allegedly sold primary and collateral security without intimating and obtaining NOC from the bank, said CBI. Searches were conducted at the premises of the accused, including Lucknow, Faizabad and Uttar Pradesh’s Ghazipur, which led to recovery of incriminating documents, it added.