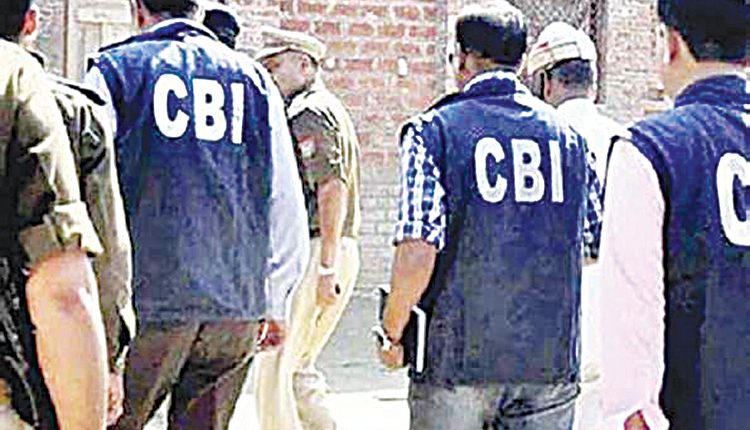 New Delhi, Nov 3 (Bureau) The Central Bureau of Investigation (CBI) arrested an absconding accused in a case related to alleged murder of Bhadu SK at Bogtui, district Birbhum in West Bengal, the probe agency said on Wednesday. The CBI had registered a case on April 8, on the orders of Calcutta High Court and took over the investigation of the case, which was earlier registered on March 22, at Rampurhat Police Station against 10 accused on a complaint. It was alleged that on March 21, while the complainant was having tea at a shop in Bogtui More at around 8.30 pm his brother Bhadu Sk (a Deputy Pradhan of Barsal Gram Panchayat) was speaking over phone sitting on a motorcycle at Bogtui More.

It was further alleged that the accused allegedly threw bomb targeting the head of his brother and on being hit on his head, his brother fell down on the ground. It was also alleged that the accused kept throwing more bombs aiming his brother. The complainant took his brother to Rampurhat Hospital where the doctor declared him dead, CBI in a statement stated. CBI collected digital as well as other scientific evidence. It was found during investigation that there was long standing rivalry between two groups in the area.

One group was led by the deceased and another was led by an FIR named as the accused. Bhadu SK was killed in furtherance of the said rivalry, the statement stated. A chargesheet was filed against the accused and three others on June 20, in the Court. The said accused was evading his arrest and absconding since inception of the case. He was seen and identified allegedly hurling bomb on Bhadu SK, it added.The accused was produced before the Court of ACJM, Rampurhat today and has been sent to eight days police remand.