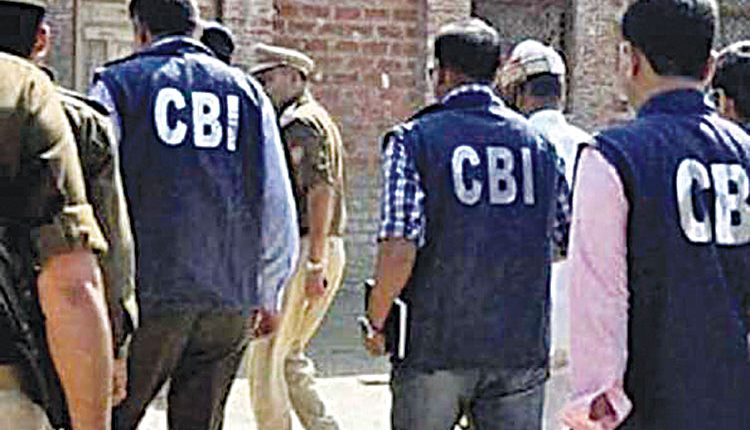 New Delhi, Aug 1 (Agency) The Central Bureau of Investigation (CBI) on Monday arrested five persons including Chief Freight Transportation manager of East Central Railway in an alleged bribery case. The accused have been identified as Sanjay Kumar (IRTS) Chief Freight Transportation Manager, Rupesh Kumar (IRTS) Senior DOM, Sachin Mishra (IRTS) Senior DOM, trio were posted in Bihar, Nawal Ladha, Manoj Kumar Saha and Manoj Ladha. Five persons who were arrested are Sanjay Kumar, Rupesh Kumar, Sachin Mishra, Nawal Ladha and Manoj Kumar Saha. A case was registered on July 31 against a CFTM of East Central Railway, Hajipur and two Senior DOMs, Samastipur, Sonpur, both of EC Railway, Director of a private company and other private person on the allegations that accused were in the habit of collection of illegal gratification from the vendors of ECR for preferential allotment of railway racks for loading goods, CBI statement stated.

It was further alleged that Director of private company based at Kolkata pursuant to a well-knit conspiracy with public servants of ECR, regularly avails out of turn and priority allotment of railway rack services, having extra stacking time for his firm and other undue advantages in exchange of payment of alleged huge bribes on monthly basis to the said public servants, it stated. It was also alleged that the said Director of a private company directed his brother (private person) to send Rs 23.5 lakh to be delivered to various officers of ECR. CBI laid a trap and caught the CFTM while he was accepting an alleged bribe of Rs 6 lakh. The bribe giver was also caught. Later, three other accused were caught. Searches were conducted at 16 locations including at Patna, Sonpur, Hajipur, Samastipur and Kolkata which led to recovery of various incriminating documents and Rs 46.50 lakh including Rs 29 lakh from a businessman at Kolkata. An SUV car in which six envelopes containing said cash to be delivered to various officers of ECR was also recovered, it stated. The arrested were produced before the Court on Monday.