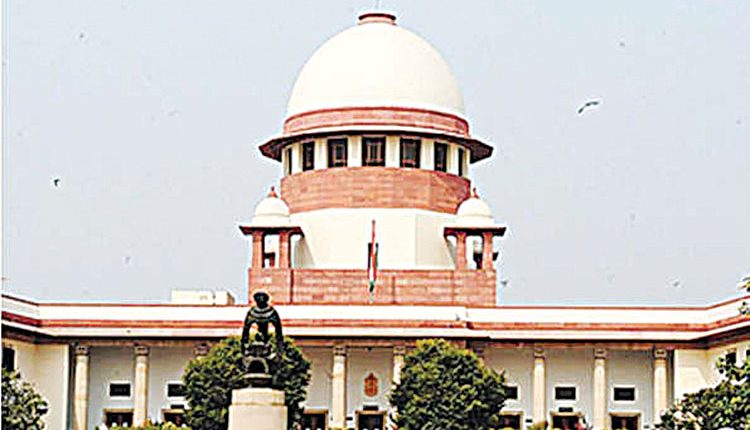 New Delhi, Nov 25 (Bureau) Supreme Court on Friday in its order rejects the NIA appeal for cancellation of Bail granted to UAPA accused, Professor Anand Teltumbde, who is alleged to have nexus with proscribed CPI-Maoist organisation and allegedly involved in Bhima Koregaon violence case. A two-judge bench of the Supreme Court, headed by the Chief Justice of India (CJI) Dr Dhananjaya Yeshwant Chadrachud, and also comprising Justice Hima Kohli passed the order and refused to the Narional Investigation Agency (NIA) appeal against the Bombay High Court order granting bail to Professor Teltumbde for his alleged links with Bhima Koregaon case. Senior lawyer, Kapil Sibal, appearing for Prof Teltumbde, told the Supreme Court that has no role in the Bhima Koregaon case. “I have no role in the case. I am inside the jail since more than last two years. I am round 73 year old. I have nothing to do with Elgar Parishad or Bhima Koregaon violence case,” Sibal told the Supreme Court.

“The Special Leave Petition (SLP) is dismissed. However, observation of the High Court shall not be treated as conclusive final findings at the trials,” the Supreme Court bench, led by CJI Dr Chandrachud said in his order.”We will not interfere with the Bombay High Court’s order granting bail to accused petitioner (Prof Teltumbde),” Justice Dr Chandrachud said, in his order. The NIA had filed an appeal against the Bombay High Court’s order granting bail to Prof Teltumbde.” The Bombay High Court had erroneously granted bail to the respondent (Professor Teltumbde) by conducting a mini trial and a roving inquiry, contrary to the settled law and judicial pronouncements of this Court,” the Additional Solicitor General (ASG) Aishwarya Bhati, senior law officer representing the National Investigation Agency (NIA) told the Supreme Court.The accused, Prof.

Teltumbde, is one of the main conspirators and active member of CPI (M) who was one of the conveners of ‘Bhima Koregaon Shaurya Din Prema Abhiyan’ and present at Shaniwar Wada, Pune on December 31, 2017, where Elgar Parishad Programme was organized, Mehta told the Supreme Court, she told thr Apex Court. She said that it was found during the investigation that he had received funds from CPI(M) and is a strong supporter of Maoist ideology and has deep rooted involvement with the Maoist party and had accordingly promoted enmity between caste groups which led to violence resulting in loss of life and state vide agitation. The High Court of Bombay had erroneously granted bail to Teltumbde without not considering his involvement in the Unlawful Activities and Prevention Act (UAPA), and inaccurate finding that he is not indulged into a terrorist act, Bhati told the Supreme Court. “If the present respondent (Teltumbde) is granted bail, the efforts of the Investigating Agency would suffer a fatal blow, which is already undergoing great difficulty in unearthing the evidence against him, who is highly educated and upon being freed from the judicial custody would ensure that no evidence whatsoever could surface,” the NIA in its appeal told the Supreme Court.