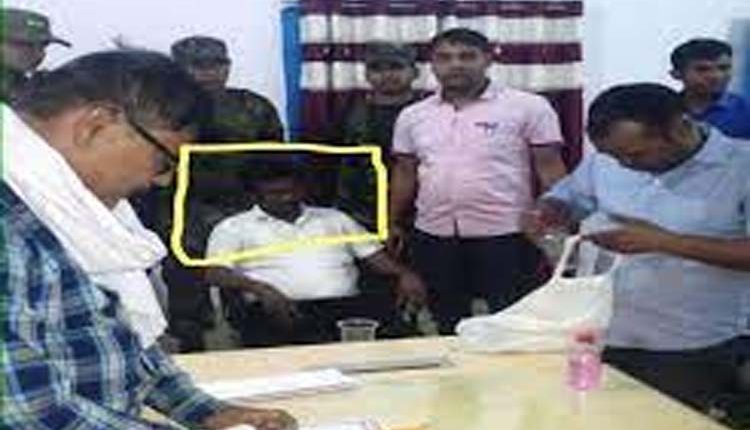 Gumla, Aug 18 (Agency) Sleuths of the Anti Corruption Bureau Ranchi on Wednesday arrested an assistant engineer posted in Bharno block in this district while he was accepting a bribe of Rs 30,000. ACB officials said that the arrested has been identified as Rajeev Kumar Ranjan. He had demanded the bribe to clear the pending payment bills for a beneficiary of an irrigation well construction project.

A complaint against him was registered by the beneficiary Pramod Nayak who had claimed that under Mnrega he was granted a construction of an irrigation well and the Assistant engineer had demanded the bribe to clear the pending bills. But as the beneficiary did not want to pay the bribe he registered a complaint with the ACB. Post the verification of the complaint the ACB laid a trap and arrested the engineer as soon as money exchanged hands. He was later taken away by the team to Ranchi.