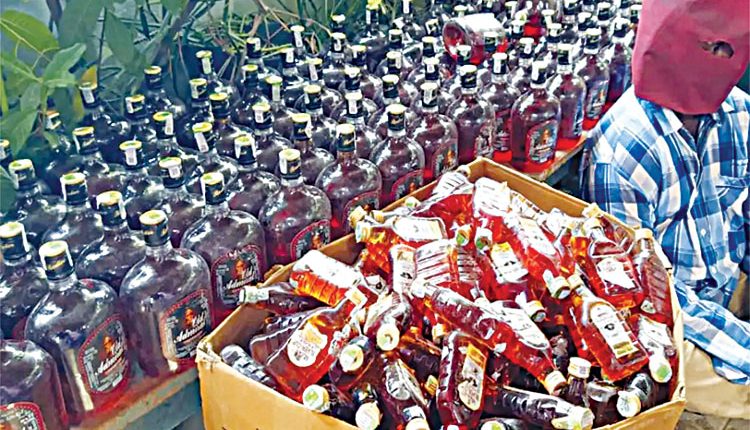 Tirupati, Jun 25 (Agency) Acting on a tip off, the Alipiri police seized 980 Karnataka liquor bottles worth about Rs 3 lakh at Jeevakona on Friday. Addressing a media persons at Alipiri Police Station, Additional SP (L&O) Arifullah said they received information about the selling of Karnataka liquor bottles at high prices after closing the government liquor shops and a team from Alipiri police station raided on a house.

They found two different brands of 980 bottles each consisting of 180ml which would be worth about Rs 3 lakh and arrested a person, one Adinarayana who had been selling bottles for 6 months. He said they also apprehended some more accomplices in the illegal business who will also soon be booked after investigation.