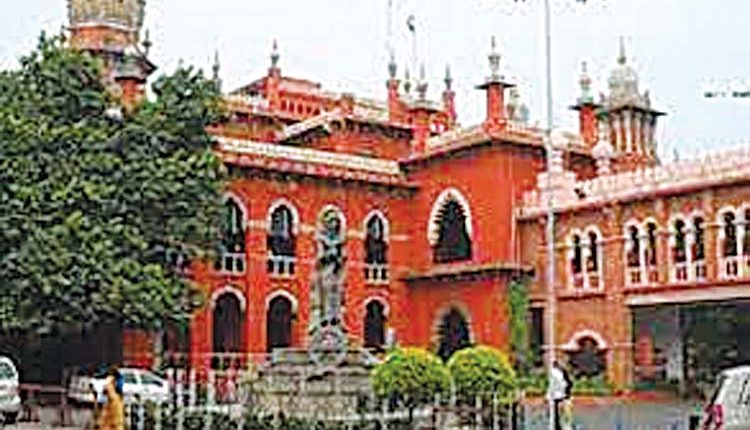 Chennai, Aug 17(Bureau) In a major relief to AIADMK Coordinator and former Tamil Nadu Chief Minister O Panneerselvam (OPS), the Madras HIgh Court today ordered status quo as on June 23 on, nullifying the election of Edappadi K.Palaniswami as the interim General Secretary at the party’s General Council on July 11. Today’s verdict was seen as a set back for the Palaniswami camp, even as supporters of OPS celebrated it by bursting crackers and distributing sweets across the State. The July 11 meeting, in which OPS and three of supporters–two of them present MLAs–were expelled from the party, was convened after an announcement to this effect was made at the June 23 meeting in which no resolution, apart from the 23 pre-drafted by OPS and EPS, was adopted as per the High Court order on a plea filed by OPS.

In that meeting EPS was unanimously elected interim General Secretary, signalling the return of the unitary leadership in the party headed by late leaders MGR and J.Jayalalithaa, on the ground that the posts of Coordinator held by Panneerselvam and Co-coordinator held by Palaniswami ceased to exist as it was not ratified in the GC. Even the 23 resolutions for which the court has given the nod, were rejected in the June 23 meeting by the EPS after OPS faced a hostile reception, booed by the party workers prompting him to walk out of the meeting in a huff. Passing orders a petition filed by OPS challenging the single Judge order allowing the General Council meeting of AIADMK called by EPS camp on July 11, Justice G Jayachandran, after marathon arguments, held that as per the bye-laws of AIADMK, the Coordinator and Joint Coordinator should jointly call for the GC meeting. With today’s High Court ruling, all the decisions taken at the July 11 GC meeting and the election of Palaniswami as the interim general secretary has become invalid. Justice Jayachandran also ruled that 15 day prior notice should be given for conducting the GC and it should be conducted within 30 days when requisition comes from one-fifth of the GC members. The judge passed the orders after hearing senior counsels S Vijay Narayan, SR Rajagopal, and Narmatha Sampath for Palaniswami and his supporters. OPS was represented by senior advocates Guru Krishnakumar and Arvind Pandian. Another appellant Amman Vairamuthu was represented by Senior counsel Sri Ram. During the course of the hearing, the judge sought to know whether the July 11 meeting was held in accordance with the bye-laws of the AIADMK.

He also wanted the counsels to answer whether or not the announcement of the presidium chairman of AIADMK (made on June 23) calling for the General Council meeting on July 11, is valid. Guru Krishnakumar argued that the very election of the presidium chairman was invalid as the Coordinator did not give any consent for it. Arvind Pandian submitted that the 15-day prior notice for holding the GC meeting was not followed by the EPS faction. However, senior advocate Vijay Narayan submitted that the GC meeting was held as per the requisition of the 2,190 of the 2,665 GC members. He also submitted that when one-fifth of GC members made a request to conduct the GC meeting, the headquarters office bearers shall conduct the meeting within 30 days. Vijay Narayan further submitted the December 2021 Executive Committee’s decision of conducting an election for the posts of coordinator and joint coordinator through a single vote that was not ratified in GC meeting held on June 23. Therefore, the GC members made a request to conduct another GC meeting and following their requests, the presidium chairman had announced that another GC meeting will be conducted on July 11.