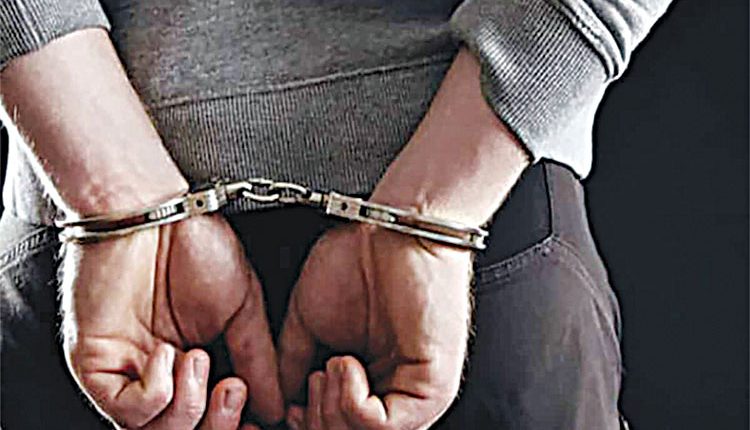 Bhubaneswar, Aug 22 (FN Representative) The Economic Offences Wing, Bhubaneswar has arrested a self-proclaimed Baba and an engineer on the charge of cheating a special class contractor of Rs 3 crore. EOW sources today said Swami Bijayandaji Maharaj, alias Bijaynanda Choudhury, the Baba and Chandan Akash Mohanty, a B Tech Engineer were arrested from their residence at CDA, Cuttack and Nayapalli (Bhubaneswar) respectively on Saturday. They cheated the contractor by impersonating themselves as officials of Odisha Tourism Development Corporation (OTDC).

They are being forwarded to the court of SDJM, Bhubaneswar today. A case was registered after OTDC officials in a written complaint alleged that Chandan who was earlier working on a contractual basis as an Assistant Engineer in OTDC, Bhubaneswar, in criminal conspiracy with others had cheated one Dhanurdhara Champatiray, a Special Class Contractor. The accused has issued fake work orders purportedly issued by OTDC and collected huge amounts from him towards purported EMD against the work orders. Investigation revealed that the Special Class Contractor was in search of work orders during the corona-pandemic. In the month of May, last year through one of his relatives he visited the accused Baba at his residence in CDA, who falsely introduced himself as the Chairman of OTDC Ltd. and Member of ITDC Ltd and Chandan introduced himself as the Assistant Engineer of OTDC. Both Baba and Chandan promised to provide a work order to Mr Champatiray from OTDC and instructed him to deposit various amounts towards EMD in the personal account of Chandan.

From August 2020 to November 2020, Chandan had handed over 23 work orders for repair and renovation of Pantha Nivas at Barkul and Rambha, purportedly issued under the seal & signature of Executive Engineer, OTDC Ltd., Bhubaneswar and managed to get Rs. 3 crores approximately from contractor towards purported EMD. Out of the said amount, about Rs. 1.14 crores have been deposited in the personal account of Chandan in Andhra Bank, Lewis Road branch, Bhubaneswar. All the work orders are found fake and manufactured by using forged signature & seal and not issued from OTDC Ltd. It has been ascertained that out of the above a huge amount of money has been paid to accused Baba by Chandan.