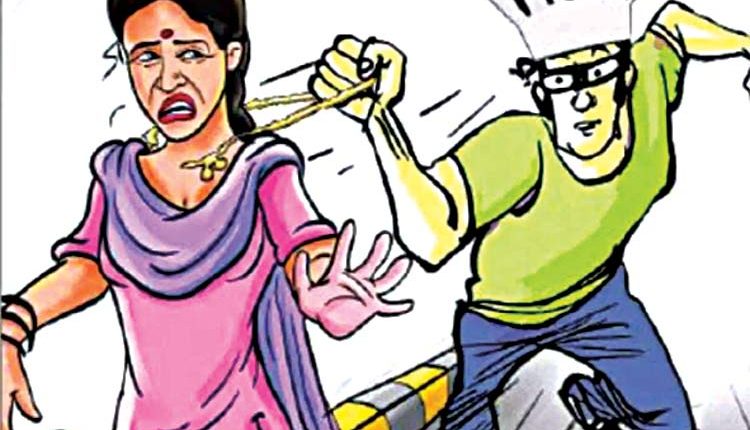 New Delhi, Sep 22 (Representative) A 35-year-old chef of 5 Star hotel was arrested from South Delhi’ MB Road for allegedly being involved in multiple chain snatchings, police said on Wednesday. The accused, identified as Harish alias Monu, did his three years degree of Hotel Management from PUSA and was working in a 5 Star hotel as chef and earning a good salary. But he became addicted to gambling through online gambling app ‘Satta King’ for the last two years, police claimed. Initially he succeeded in an attempt or two, but later on due to failure in gambling, he owed a huge debt, to pay out his debts, he opted an easy way to earn money by snatching the gold chain and mobile phones from the soft targets in the morning and evening hours near Saket Metro Station and adjoining parks, Ambedkar Nagar bus stand on MB Road.

According to police, he is a sharp minded person of small height with slim build, and runs like a trained Athlete. These qualities made him a snatcher like a lone wolf. He adopted an unique style of running off after committing snatching and shouting ‘Pakdo-Pakdo’ or ‘Chor-Chor’ to give an impression that he was chasing the culprit, police said. After scanning hundreds of CCTVs of the last one month, police found some relevant clues like specific timing and areas of incidents following which the accused was arrested from City Forest near SDM office on MB Road. The accused took out his country-made pistol when the accused was surrounded by the police but he was overpowered, police said. During questioning he told police that he sold out 3 snatched gold chains to one gold smith in Neb Sarai Police Station area. Acting on his instance, Rajender Aggarwal, being accused of receiving the stolen property, was also arrested from Sangam Vihar.