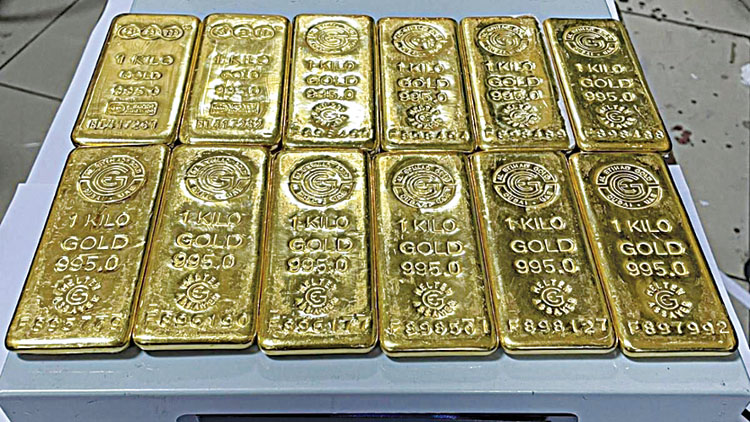 Chennai, Oct 28 (Agency) Officials of the Customs Air Intelligence Unit (AIU) have seized 1.kg gold valued at Rs 82.41 lakh from a Sudanese passenger, who arrived from Sharjah at the Anna International airport here today and arrested him.

Airport sources said based on intelligence, a male Sudanese passenger, who arrived from Sharjah, was intercepted by the AIU officers. On examination of his person, gold in paste form was found concealed in his body resulting in recovery of 1.85 kg of gold valued Rs 82.41 lakh. The same was seized under the Customs Act, 1962. The passenger was arrested.