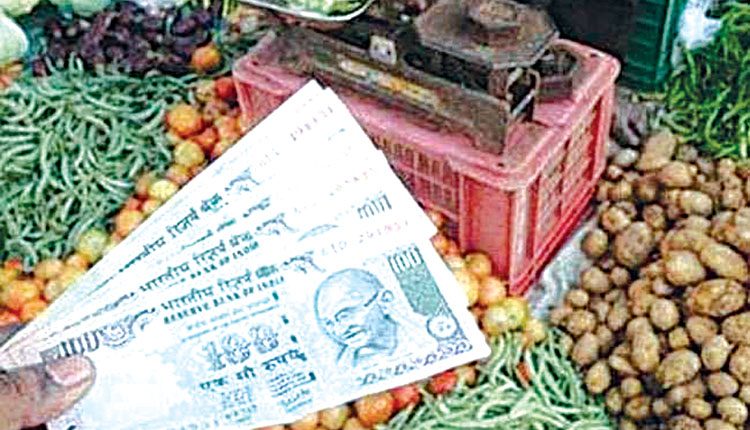 New Delhi, May 17 (FN Bureau) Inflation based on Wholesale Price Index (WPI) rose to 10.49 per cent in April compared to the same month last year, mainly on the rise in prices of crude petroleum, mineral oils like petrol, and diesel, data released by the commerce and industry ministry on Monday showed. The WPI inflation was (-) 1.57 per cent in April 2020. On a month-on-month basis, WPI inflation saw a 3.1 per cent rise as compared to 7.39 per cent in March.

“In April, 2021 (over April 2020), the annual rate of inflation (YoY), based on monthly WPI, stood at 10.49 per cent (provisional). “The annual rate of inflation in April 2021 is high primarily because of the rise in prices of crude petroleum, mineral oils viz petrol, diesel etc, and manufactured products as compared to the corresponding month of the previous year,” the ministry said. The wholesale inflation was 4.17 per cent in February. For January, the WPI inflation rate stood at 2.51 per cent. Inflation in food articles in April was 4.92 pc on prices of protein-rich items like egg, meat and fish.

The rate of price rise in vegetables was (-) 9.03 per cent, against (-) 5.19 per cent in the previous month. In the ”egg, meat and fish” basket inflation was 10.88 per cent in April. Inflation in pulses was 10.74 per cent in April, while in fruits it was 27.43 per cent. Inflation in the fuel and power basket was 20.94 per cent in April, while in manufactured products it was 9.01 per cent. Out of manufactured products, 20 groups witnessed increase in prices in April 2021 compared to March 2021, said the ministry. The increase in prices are primarily contributed by the manufacture of basic metals, food products, chemical & chemical products, textiles, and rubber & plastic products.

Driving hours for truck drivers of commercial vehicles should be fixed

EPFO adds 14.65 lakh subscribers in July;
■ Nearly half of them first-time job seekers…