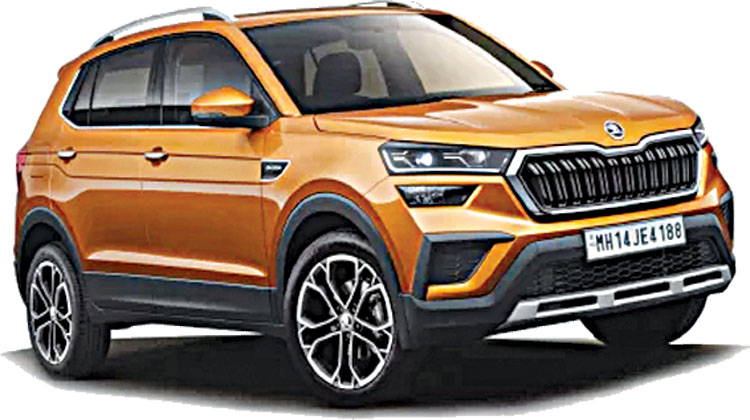 New Delhi, June 21 (Agency) Skoda India is all set to announce pricing for the Kushaq SUV line-up on June 28, 2021. It will be sold with two engine options, and we are told that deliveries for the Kushaq 1.0 will begin by July 12, while the more expensive Kushaq 1.5 will be handed over to buyers by end of July 2021. Skoda is expected to offer the Kushaq SUV in three trim levels at launch – Active, Ambition and Style. As expected, the lower variants will be down on equipment, will get cloth upholstery inside, and the entry-level Active will even feature alloy-like plastic wheel covers. Meanwhile, the top-spec trim at launch, Style, will get leatherette upholstery, ventilated front seats, a 10-inch touchscreen, connected car tech, ambient lighting, in-car Wi-Fi, and a sunroof. Safety kit will include six airbags, auto headlamps and wipers, a multi-collision braking system, tyre pressure monitor, and hill start assist. All variants will also come fitted with ESC as standard.

However, Skoda is expected to introduce a range-topping Monte Carlo trim later on. Key features for the Kushaq Monte Carlo will include a digital instrument panel, sporty seats, contrast stitching and an overall sporty look and feel to the cabin. The Monte Carlo edition could also be limited to just the 1.5 TSI version. As is known by know, the Kushaq will be offered with a pair of TSI turbo-petrol engines. There’s the 150hp, 1.5-litre four-cylinder unit and a 115hp, 1.0-litre three-cylinder unit. A 6-speed manual gearbox will be offered as standard with both engines. Additionally, both units will also get the option of automatic gearboxes – a 6-speed torque converter for the 1.0 TSI and a 7-speed DSG for the 1.5 TSI. Once launched, the Kushaq will go up against other midsize SUVs such as the Hyundai Creta, Kia Seltos, Nissan Kicks, MG Hector and Tata Harrier. The Kushaq will also have to contend with its sister car, the VW Taigun, which is expected to arrive in the coming months. Expect prices for the Kushaq to be in the region of Rs 10-16 lakh (ex-showroom). Deliveries of the Skoda Kushaq are expected to start on July 12. Aside from the Kushaq, Skoda is also expected to launch the petrol Kodiaq later in the year. The carmaker is also likely to debut its all-new midsize sedan for India by end-2021.

Need for involving all stakeholders, PC on PM’s invite