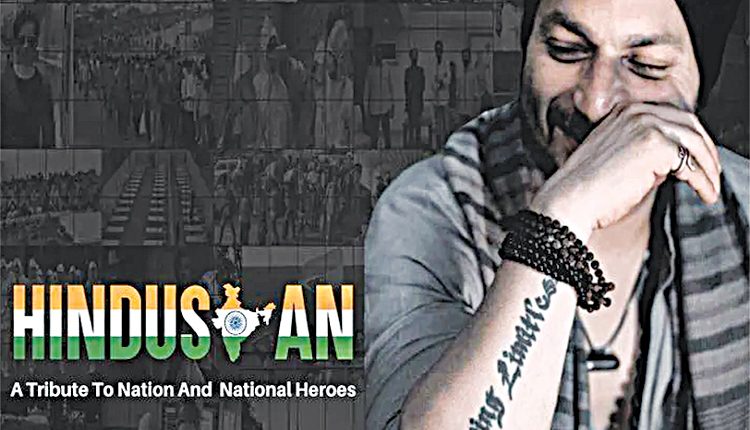 Mumbai, Aug. 22 (Agency) HINDUSTAN song out on Rishabh Tandon’s official youtube channel, song Link- https://www.youtube.com/watch?v=1hFUBpZ-HkU. People from across the globe are doing everything they can to motivate and thank the front line warriors and soldiers, for what they have done for the people during this uncertain situation and what they continue to do. Rishabh Tandon’s song “Hindustan” serves as a motivation. Through the video, he has expressed his gratitude towards the nation, the national fighters and soldiers who are battling with death to save lives. He has also appreciated and applauded the efforts of a list of Indian celebrities and many more who stepped in to contribute.

“In times of distress, people often look up to their on-screen heroes and expect them to come of reel and act as a savior even in the real life. In these desperate times, many celebrities have actually stepped forward and joined hands with the common people and NGOs to help them with the necessary things required to fight this tough time. Hindustan is a tribute to all the real-life heroes,” says Rishabh Tandon. The song begins with simple yet compelling lyrics. He has paid a musical tribute to all the national heroes including Doctors, Nurses, Medical Workers, Emergency Services Workers, Sanitation Workers, Farm-Workers and Grocery Workers who are first responders, and are working relentlessly by putting their lives at stake to treat the patients & control the spread amid the global outbreak “We should respect the efforts of doctors, policemen, BMC workers & all those who are risking their lives to keep us safe.” “I hope the song makes them feel special. I hope it allows them to feel seen, heard, and valued and for everyone to remember that this too shall pass. I hope it creates positivity and spreads a smile,” says Rishabh Tandon, the voice behind ‘Phir Se Wahi.