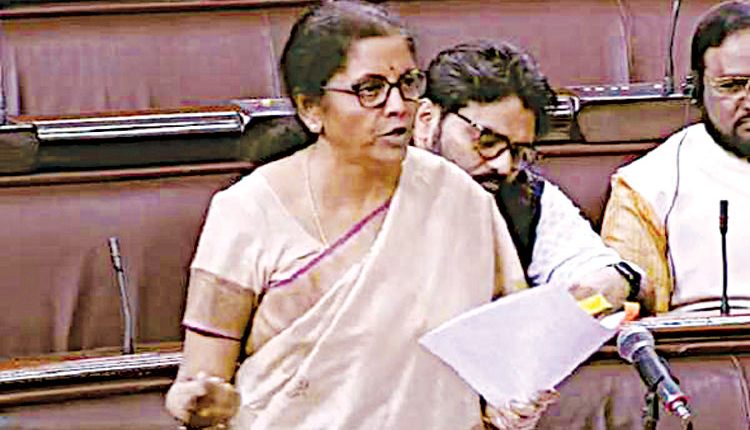 New Delhi, Jul 27 (Representative) State Bank of India topped the list of public sector banks writing off loans in FY21 followed by Union Bank of India. While SBI removed Rs 34,402 crore from its balance sheet, the Union Bank of India wrote off Rs 16,983 crore during the last fiscal. As per a written reply in Rajya Sabha by Finance Minister Nirmala Sitharaman, Punjab National Bank (PNB) wrote off Rs 15,877 crore in FY 21 and came third in the list as bad loans piled up. Following RBI guidelines, banks remove bad loans from their balance-sheet by way of write-off.

They carry out this exercise regularly after assessing the impact of such write-offs to avail of tax benefit and optimise capital. Prudential or technical write-off does not result in waiver of liabilities of borrowers to repay. “As borrowers of written-off loans continue to be liable for repayment and the process of recovery of dues from the borrower in write-off loan accounts continues, write-off does not benefit the borrower,” said the Finance Minister. Banks continue to pursue recovery actions initiated in written-off accounts through various recovery mechanisms available such as filing of a suit in civil courts or in Debts Recovery Tribunal, action under the Securitisation and Reconstruction of Financial Assets and Enforcement of security Interest Act, filing of cases in the National Company Law Tribunal, through negotiated settlement/compromise and through sale of non-performing assets (NPAs). The official data revealed Bank of Baroda wrote off Rs 14,782 crore during FY21. PSBs such as UCO Bank, Bank of India and Indian Bank also wrote off sizeable amounts of loans during the last financial year. Written-off amounts in case of the banks merged with other banks have been incorporated. For instance, the loans written-off by Vijaya Bank and Dena Bank were added with Bank of Baroda as they were amalgamated with the lead bank.

IMF cuts India’s growth forecast for this fiscal to 9.5 pc