Rising fuel prices to have negative impact on automobile industry 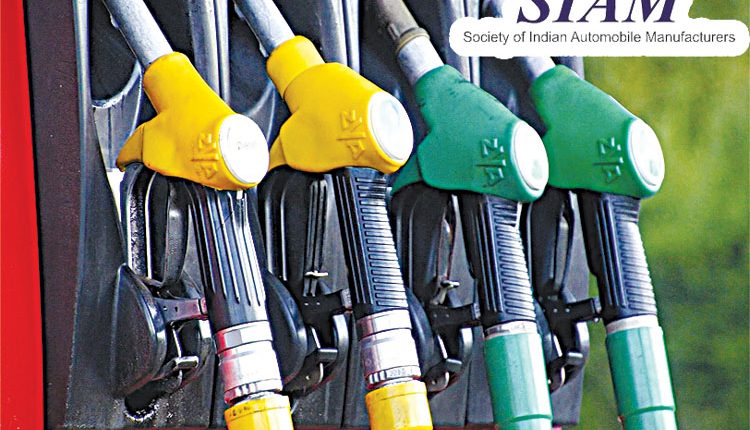 New Delhi, Jul 15 (Agency) Rising fuel prices will have a negative impact on the automobile industry, hitting vehicle demand, while also adding to the overall inflationary pressure, auto industry body SIAM said on Wednesday. The Society of Indian Automobile Manufacturers (SIAM) has also suggested to the government a fitness-based scrappage policy instead of policy based on demand stimulus. ‘Unfortunately, with the fuel price going up we will be getting a negative impact in our industry. How long this kind of situation will continue we don’t know but we expect the fuel prices to become reasonable as soon as possible,’ SIAM president Kenichi Ayukawa told reporters in a virtual conference.

He was responding to a query on how the rise in fuel prices, with that of petrol above Rs 100 per litre and diesel over Rs 90 per litre in many parts of the country, will impact the auto industry. ‘We have to carefully watch the demand in the market because automatically, (with) fuel prices going up people will hesitate to use vehicles. That is a big concern for us,’ Ayukawa said. While stating that SIAM cannot predict how much sales drop there would be, he said, ‘Historically, whenever there is a rise in fuel price there has been a slowdown in demand.’ ‘We have to see how it is going,’ Ayukawa said. Also, he agreed that with the rise in diesel prices transportation costs of goods will also increase and thus ‘accelerate inflation’. Commenting on the scrappage policy that the government has announced in March this year, Ayukawa said the auto industry is suggesting giving importance to the fitness of vehicles.

SIAM’s view is that ‘the fitness of the vehicle is important for safety on the road and for the environment. Vehicles should be roadworthy’, he said. Ayukaway further said,’So we should have regular testing of in-use vehicles. If such vehicles are not found to be okay, these vehicles should be given sufficient opportunity to refurbish, if it is still not okay, then it should be scrapped. So the industry has suggested adoption of fitness-based scrappage policy instead of policy based on demand stimulus.’ Commenting on the challenges ahead of the auto industry, he said the significant increase in commodity prices; global shortage of semiconductors and the fear of the third covid wave were major hurdles. ‘With such uncertainty in the supply chain, it is very difficult to predict a clear future. I can only say that the industry is working on whatever is in our control. We are working hard to maximise production and sales while ensuring safety of our people across the safety chain,’ Ayukawa said. He said the second wave of covid came with ‘great force, scale and speed. It gave us very less time to manage the situation. Both lives and business were impacted.’