Renault Kiger Still the Most Affordable Compact SUV in India after Price Hiked by Upto Rs 33,000 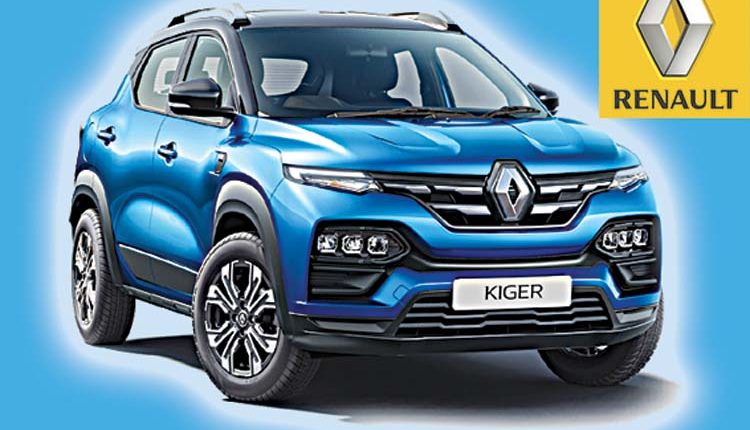 New Delhi, May 5 (FN Agency) French automobile manufacturer, Renault has declared a price hike of the newly unveiled compact SUV Kiger. The newest model from the French carmaker was rolled out in the country at the beginning of this year and has now witnessed a price escalation throughout the variants in the line-up. The revised pricing will be effective from May 1, 2021. The manual variant of the Kiger comes with a 1.0-litre NA petrol engine and comes in four trims including RXZ, RXT, RXL and RXE. While Renault has not done any revising of the ex-showroom price of the base variant RXE, the RXL variant now gets dearer by Rs 18,000 RXZ by Rs 14,000 and RXT by Rs 20,000.

Renault also gives features including Apple Car Play, Android Auto and wireless charging. The vehicle also sports a touchscreen-enabled infotainment system and a graphical multi-information display. The Kiger Compact SUV by Renault competes against Kia Sonet, Maruti Suzuki Vitara Brezza, Hyundai Venue and Mahindra XUV 300 according to carwale.com. The AMT model of the vehicle on the other hand is available in three trims including RXZ, RXT and RXL. Renault has increased the pricing of the models by Rs 19,000, Rs 25,000 and Rs 23,000 respectively for the mentioned versions. The Turbo variant on the other hand generate power from a 1.0-litre turbo petrol engine and is featured in three trims including RXZ, RXL and RXT. The three variants have received a price hike of Rs 24,000, Rs 28,000 and Rs 30,000 respectively. The turbo petrol CVT variant however has not received any price revision.

The entire portfolio of Kiger variants also come with a two-tone paint colour scheme at an additional cost of Rs 3,000 along with regular mono-tone variants. The revised ex-showroom prices come as ‘All India one price’ and will be the same throughout the states of the country.