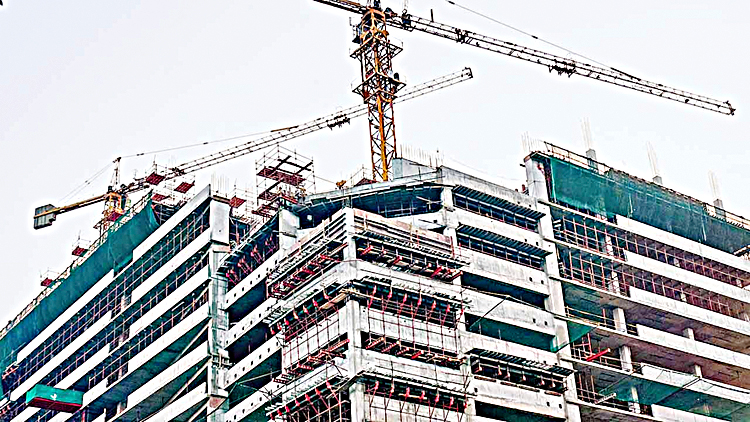 Bengaluru, Aug 7 (FN Agency) The National Association of Realtors’ President Samir Arora on Saturday said though the real estate industry fell short of Prime Minister’s vision of 20 million homes by 2020, things are looking rosy with the industry poised to enter into its golden era after being down for the last 8 years. “20 million homes by 2022 was the PM’s vision. We are still a little short as an industry, But don’t forget those three years also were the pandemic years , and few things were delayed, but under the PMAY, housing for all picked up a huge momentum. This was possible because of the interaction the government had with us,” he said replying to a UNI query here. Further Arora said, “If you look at the overall real estate economy. I think there has been tremendous progress, and based on the indicators available and the real estate performance in the last 9 months, I think real estate is entering into its golden era after being down for eight years.” The PM’s vision of targeting middle class and luxury houses together will do well in the next 4-5 years, Arora said. “Luxury houses also have taken off hugely and so have the affordable houses. Houses at the mid segment have been doing the best in the last few months,” he said. Truely speaking, it is a tremendous progress but a long way to go, considering the pending demands of the industry like GST rationalisation, one-nation-one-license and Input Tax Credit, Arora said. “We have to benefit from this. We are approaching the government with extreme logic.

One thing I want to make it clear is that if we have to finally become a developed nation from a developing nation, real estate is one of the only industries; not IT; not any other industry, it is only the real estate industry that will make the country developed,” he said. Speaking at CREDAI YouthCon held in 2019, PM Modi had asked the realtors to target the ‘new middle class’ as a large number of people were emerging out of poverty. “Now is the time, the target should be on the neo middle-class category, whose aspirations need to be understood as they are a large market waiting to be tapped for the sector.” he had stated. Modi also had expressed concern over the credibility of the sector and asked developers to improve their image that had been impacted by defaults by some builders.

Though GST and demonetisation was a huge setback for the real estate industry, these reforms have brought in transparency, Coimbatore Association of Realtors CR Shivakumar said. “Absolutely. Despite the pending demands of ours, the real estate has done good. GST and demonetisation was a huge setback, but in the last four years the GST collection has increased. Look at how transactions have changed. The mindset of the people per se in real estate has changed. It is moving from a cash-driven economy to an economy where less of cash is being transacted. These changes have brought in transparency. Otherwise real estate was always something scary for the common man. Now real estate is becoming transparent,” he said.