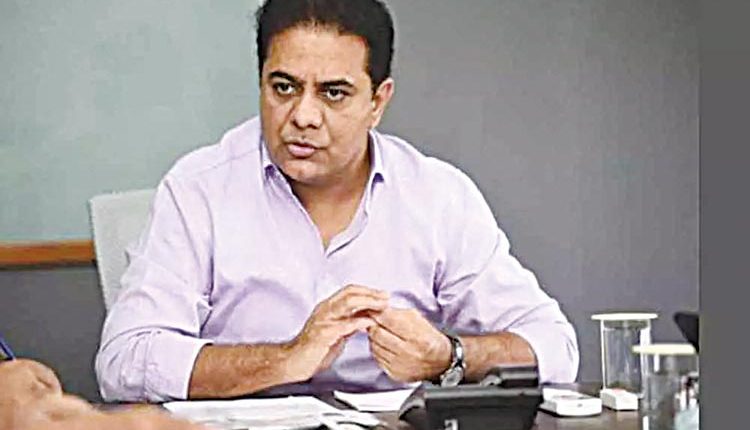 Hyderabad, July 4 (FN Bureau) Telangana IT and Industry Minister K T Rama Rao has said that the private sector was generating more employment than the Government. Speaking after presenting Federation of Telangana Chambers of Commerce and Industry (FTCC) Excellence Awards 2021 at a function held at HICC, Madhapur here on Monday Evening Rao reminded his audience how the industry was facing power crisis, power holidays in 2014, just before Telangana was formed.Now it has uninterrupted quality power and no power holidays and TS iPass, ensuring not only ease of business, but peace of doing business. Industries have got the right to self-certificate which not many states in the country can boast of.

The state Telangana is mentioned with respect everywhere in the world because of its remarkable performance, he said.India and China are big nations. China is a homogenous country but India is diverse. Culture, language change every 150 to 200 kms. So, when you invest in India choose the right gateway, Rao said.In the last eight years we have not involved in any corrupt practices, he addedPrivate sector is generating more employment than the government. You will always have government support he said and added that more than 24 per cent of investments into the state are repetitive, showing their trust in us.Responding to what Mr Bhaskar Reddy, President of FTCCI said earlier, Rao agreed that decentralisation of industries is important. Most of the industries are located in Hyderabad and surrounding areas. There are several sectors which should be used for decentralisation. It is the only way to decongest Hyderabad, he said.He said that T-Hub like plug and play facilities either have come up already or are coming up in several rural areas such as Nalgonda, Khammam, Mahboobnagar, Nizamabad, Warangal and Karimnagar.Responding to another request, he said incentives to industries which are pending will be looked into and MSMEs will be given priority.

In the last eight years Telangana made rapid strides in all fronts. We are unfolding five revolutions such as Green, Blue, White, Pink and Yellow, he informed.Principal Secretary Industry and IT Jayesh Ranjan while congratulating award winners said you made Telangana proud with your achievements. What you have done becomes a model for others, he told them. We always tell new investors to talk to the existing investors before you invest in the state which gives them confidence, said.Earlier in his welcome address, FTCCI President said that the Federation instituted Awards to encourage excellence.