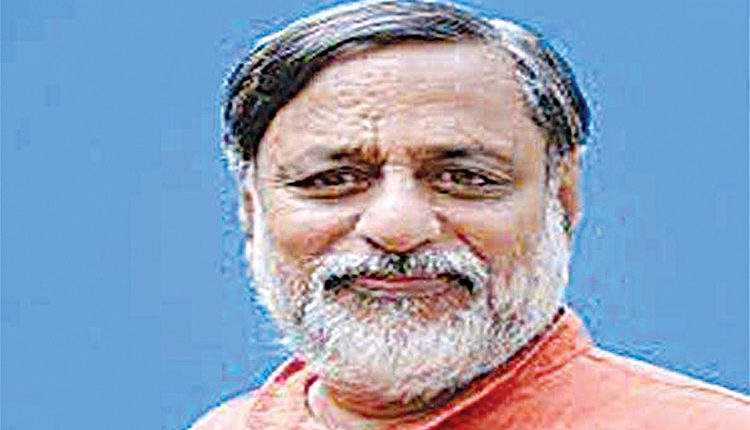 Hyderabad, Jul 28 (Agency) Communist Party of India (CPI) National Secretary and Senior Trade Union leader Dr Balachandra Kango alleged that the policies of the BJP-led NDA government at the Centre is not in favour of the poor and common man. The Modi government, as promised, had not brought black money stashed abroad by Indians and terrorism has not ended. This is the example of the Nationalism this government speaks about, the senior trade union leader said. It is not that we do not need reforms but we require them to help the common man and poor people of the country. It should be to alleviate the poverty, empower the women, eradicate hunger, education to all, abolition of child labour and many more, Dr Kango said while delivering a lecture on ‘Profit for the People’ on the 27th day of the month-long AIBEA National Webinars to commemorate the 52nd anniversary of Bank Nationalisation on theme ‘Vibrant Banking for Vibrant India’ and focus ‘people’s money for people’s Welfare’, on Tuesday night.

He said said the concept of Nationalism has to be defined and it should be people oriented. Nationalism cannot happen without considering the well-being of the people of the country. Big Corporates are demanding that they want to have control of the laws of the Nation. They do not have interest in the people but they are interested only in profits and hence it should be opposed, he alleged. Dr Kango said that AIBEA has got the distinction of bringing all the unions in the banking industry under the umbrella of United Forum of Bank Unions (UFBU) and has been working together to achieve not only improvement in wages and service conditions but also bringing the pension scheme to the bank employees and secured the second option as well. The CPI National Secretary said that the topic “Profit for the People” is very apt because we should discuss how to change the economy for the profit of the people. Profit is nothing but a surplus value, created by the working people and this profit is taken over and enjoyed by few people in terms of Marxism. This is the basis of the capitalist system, he said.
India in no way could be called a socialist country even after independence. But, still in 1969 and yet again in 1980, Nationalisation of banks took place. What was happening then? The capitalist class as such was seeking for capital and the international capital was not available as it is now.

Hence, they needed banks to extend loans to them for their capital needs. On the other hand, the expansion of banks took place after 1969. Poor rickshaw pullers, agriculturists, professionals, small and medium industries could get loans from the banks. But now what is happening is that there is no money in the hands of the public. The democracy is under attack. Constitutional values are under attack. The profits are gobbled up by few people while poor are left to fend for themselves. People don’t have money and are starving and dying of starvation and hunger. The economy of the country is in doldrums. Even the Confederation of Indian Industy (CII) has stated that the Union government should ensure that money is given in the hands of the people, making them spend and kickstart the economy. Dr Kango said most of the countries speak about Gross Domestic Product (GDP) after they introduced the liberalisation policies. We have completed 30 years of reforms. Former Prime Minister Dr. Manmohan Singh said that there were obstacles for implementation of liberalisation policies and a few years after he introduced the Liberalisation, Privatisation and Globalisation policies. But, later, when he became the Prime Minister of the country, he said that the reforms should be with human face.

Prime Minister Narendra Modi, stated in Maan Ki Baat that there should be nationalism across the country. But, this nationalism is not people-friendly. What happened during demonetisation? Public Sector Banks exchanged the notes from the common man. The rich did not stand in the queue but only the poor and the common man suffered. When it was questioned that people are standing before the Banks, the reply of the Government was that think about the soldier saving the nation in Himalayas braving the weather and therefore, few hours standing before the banks should not be grumbled. But more than 100 people died in the scramble, he claimed. Dr Kango said so many rights could be achieved through struggles led by AITUC like bonus, gratuity, maternity benefit etc. Many labour laws were secured through the fight and struggles of the working class of this nation and AITUC played an important part in such struggles. What is the new economic policy? It is nothing but withdrawal of the State from the welfare activities.