Over Rs 254 Cr earned from disposal of scrap under Swachhta campaign 2.0 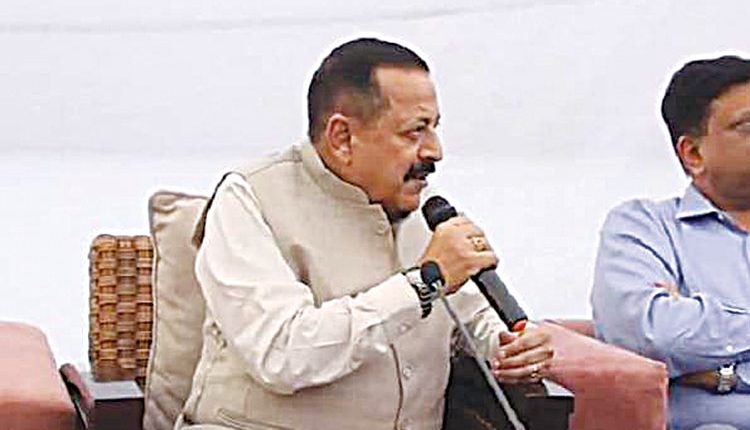 New Delhi, Oct 25 (Mayank Nigam) Over Rs 254 Crore has been earned so far from disposal of scrap, during the three weeks of the ongoing Special Swachhta campaign 2.0, Union Minister of State in the Prime Minister office, Dr Jitendra Singh said here on Tuesday Special Swachhta campaign 2.0 was launched on 2nd October and will conclude on 31st October. The Minister informed that 37.19 lakh square feet of space has been cleared, which was earlier occupied by junk and scrap.

“Under Prime Minister Narendra Modi, the Swachhta campaign is also a testimony of the whole government and the whole nation’s approach, which has ultimately achieved the form of a countrywide Jan Andolan” he added. The Special Campaign 2.0 has been implemented in remote outstation offices, foreign missions and posts, attached and subordinate offices, besides citizen centric swachhata initiatives. According to the office statement, in three weeks, the Department of Posts has conducted the cleanliness campaign in 17,767 Post Offices, the Ministry of Railways has conducted in 7,028 Railway Stations, Department of Pharmaceuticals in 5,974 campaign sites, Department of Defence in 4,578 campaign sites and Ministry of Home Affairs in 4,896 campaign sites.

The Minister also informed that 40 lac files reviewed, 3,05,268 Public Grievances Redressed, 5416 MP’s references replied and 588 Rules eased during the said timeline. He urged officials to draw inspiration from Prime Minister’s words in his tweet that “such efforts are not only innovative and commendable but most importantly remind us of our basic civic duty of keeping our surroundings and public places clean.” “Cabinet Ministers, Ministers of State and Secretaries to Government of India participated in the Special Campaign 2.0 providing leadership and guidance in implementation of the programme” the statement said.