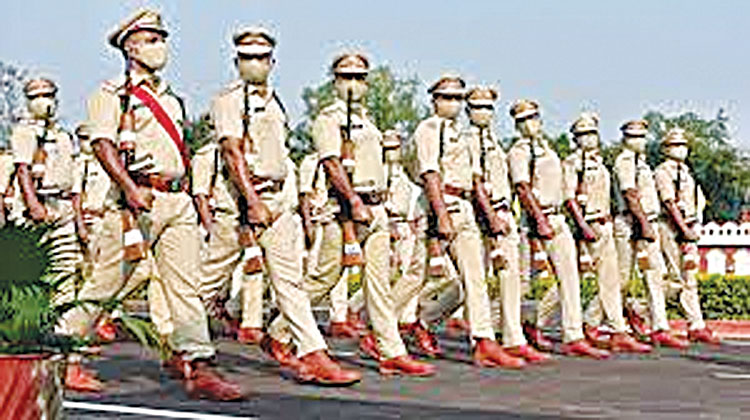 Hyderabad, Oct 26 (FN Agency) National Industrial Security Academy (NISA), at Hakimpet, here has bagged the prestigious Union Home Minister’s Trophy for the “ Best Police Training Institute and for training Gazetted Officers for 2020-21.This extraordinary feat for this Academy was achieved during the serving period of the current Hyderabad Police Commissioner C V Anand, who was the previous Director of NISA.NISA of the CISF is a premier national level central training institute imparting training in Industrial Security Management, Disaster Management and Aviation Security to officers of Central Industrial Security Force, sister organizations of CAPFs, state police organizations, foreign police organizations, civil servants and officers of public sector undertaking. The Ministry of Home Affairs conducts a national level screening of various central police training institutes and accordingly Bureau Of Police Research And Development (BPR&D) conducts a survey for best Police Training Institution for 2020-21.All Central and State Government Police Training Academies of the country are in consideration in various categories. After meticulous screening by a Committee constituted by BPR&D on various parameters, NISA was selected as the best Training Institution for training of Officers.

Anand could not attend the award function in BPR&D, Delhi due to the sensitive Dussehra and Milad-Un-Nabi bandobast in Hyderabad City.NISA DIG Srinivas Babu, received the Trophy, Citation and the Home Minister’s Disc from Amit Shah on his behalf and handed them over to Anand on Wednesday, a police release said.Speaking on the occasion, Anand said that during his tenure, the Academy was dedicated towards its mission of becoming a ‘centre of excellence’ in its letter and spirit. Several scientific methods were introduced in physical training, officer’s grooming and in the upkeep of their moral and motivation.The Training infrastructure was updated and equipment were modernized to ensure that the best of training facilities was provided to the officer trainees.Despite the challenges of COVID-19 pandemic, the officer trainees were given exposure in horse riding, rock-climbing and extensive jungle-warfare tactics for the first time ever. The quality of indoor training saw a great jump as the Director and all senior officers started taking classes themselves, he added.