Need for stable world order built around countries that are self-confident, self-reliant: Adani 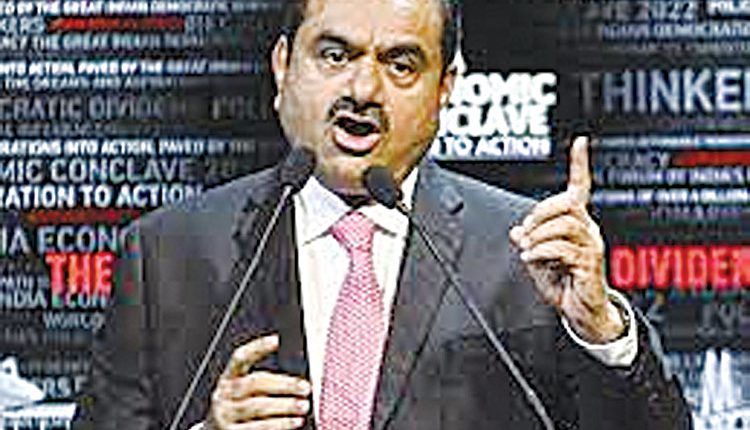 New Delhi, May 26 (Mayank Nigam) Sharing his views on a range of issues after attending the World Economic Forum (WEF) at Davos, billionaire Gautam Adani has said that India is right to focus on self-reliance while also seeking to provide an alternative to a world in need of alternatives. “If there is a rejigging of the world order, it needs to be one that is based on respectful multipolarity. The world need not be flat. Not when flatness really just means that the world has been forcefully flattened,” Adani wrote in a post on LinkedIn. The Adani Gorup Chairman called for a more stable world order built around countries that are self-confident, self-reliant and willing to speak to each other in terms of mutual respect rather than coercion and condescension. Observing that the gathering at the WEF was one-sided with attendance from China, Japan and Korea being sparse, the billionaire said that it reflected a growing close-mindedness. He said that the response to the pandemic had been a strange mix of ingenuity and global cooperation on the one hand and blatant selfishness on the other.

“Take, for instance, the speed with which vaccines were developed by scientists collaborating across borders (including in India) and contrast it with the deep mistrust, suspicion, prejudice, and greed inherent in the vaccine roll-out, their availability and their pricing, leading to several layers of fracturing within nations and across nations,” he said. He noted that the same pattern of response was evident in the turmoil over energy. “Developed nations that were setting targets and giving stern lectures about climate change to the rest of the world now appear to be less censorious as their own energy security is threatened and prices spiral,” Adani wrote. He added that very few countries are willing to admit that there had been an overswing on the side of green solutions and technologies that were still in their nascent stage and that this fragility has been totally exposed by the crisis in Ukraine. Adani hoped that better sense would now prevail about what pragmatic energy transitions might look like as opposed to green transitions based on little more than magical thinking. Throwing light on the prevailing world scenario, he said that the state of global affairs has forced us to confront the resulting realpolitik directly rather than hide behind a façade of global cooperation. “On one side we are too connected now, bound together by trade and the brute logic of the supply chain. But on the other, a combination of the pandemic, followed by the war in Ukraine and the effort to limit climate change, has exposed the limits of global cooperation,” he said.