‘Most gamers in Kolkata play online games on mobile’ 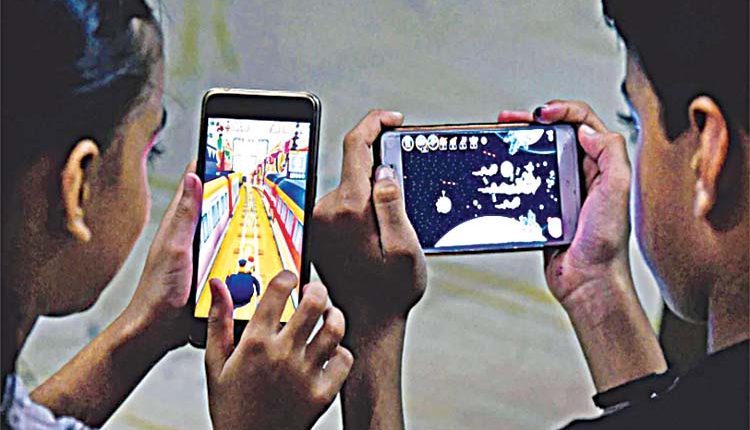 Kolkata, Jun 4 (Representative) The All India Gaming Federation (AIGF), a not-for-profit apex body for India’s online gaming industry, has launched a report titled “Online Gaming is a Life Skill.” The report sought to understand which skills were considered ‘life skills’ by gamers, how gamers acquired such skills, whether the workplace effectively taught them such skills, and which of these skills could be learnt through gaming. The report found that 81% gamers in Kolkata played online games on mobile phones. Also, 52% in the city agreed that engaging in online games has helped them develop strong analytical skills as they have to regularly assess the best way to win a game. Overall, the report revealed that 76% of gamers believed that by regularly assessing the best way to win a game, they could develop strong analytical skills. More than half of them (57%) felt that an individual could hone practical life skills through online games the same way they would through a whole day at the workplace — 57% men and 56% women agreed with this sentiment.

The report also unpacked the essential life skills that online gamers said were key to gaming. Reflexes (65%), and strategy and logic (68%) were considered the top two skills, followed closely by determination (53%) and understanding risk/return (52%); 46% stated memory was crucial. Interestingly, as per the report, gamers exhibited a more favourable attitude towards their online gaming teammates in comparison to their real-life work relationships. 56% gamers said they were more likely to be honest with their gaming teammates than with their work colleagues (51%). The difference was more pronounced among Gen Z (5%) versus those above the age of 45 (2%). This corresponds to a study conducted by Norton. According to the Norton study, 81% of respondents said that online multiplayer games had improved their teamwork skills, while 71% felt that gaming had helped improve their cognitive abilities.

About one in every four gamers thought that online gaming is a viable profession and this reflects the shift in the industry currently. Lockdowns and social distancing during the past year saw an increasing number of people turn their passion for gaming into a full-time career. Today, a professional gamer who has signed up with an esports company can earn anywhere around INR 5,000-45,000 per month. The 2019 India series of a popular mobile game saw the regional finalist team win INR 4,50,000. Commenting on the findings, Roland Landers, CEO, All India Gaming Federation, said, “Varied skills like critical thinking, creative thinking, decision making and problem-solving are essential for one’s growth in life. Through this research, we sought to understand whether consumers genuinely realise the value of mobile gaming. This study has helped us conclude that gaming is a way to collaborate, engage, and it is becoming a sector where people want to build their careers.”

Fatema Agarkar, Founder, Agarkar Centre of Excellence (ACE), said, “As this form of edutainment evolves, gaming becomes a source of exercise for memory, analytical ability, concentration and other complex cognitive skills. In fact, gaming is used by many in the education field when planning lessons as their break-away sessions in the blended learning format, including assessments. As it continues to gain prominence, fine-tuning cognitive and analytical skills to sharper response time, and heightened spatial ability, it has been noticed that gamers get better prepared to handle problem-solving as they make those split-second decisions.” The report found that 51% of women believed that physical and mental skills like ‘memory’ and ‘reflexes’ were essential for online gamers (compared to 33% men). More than two-thirds of men (67%) felt that cognitive skills such as strategy, logic, understanding of risk and returns, and determination were prerequisites for online gamers (compared to 49% of women).