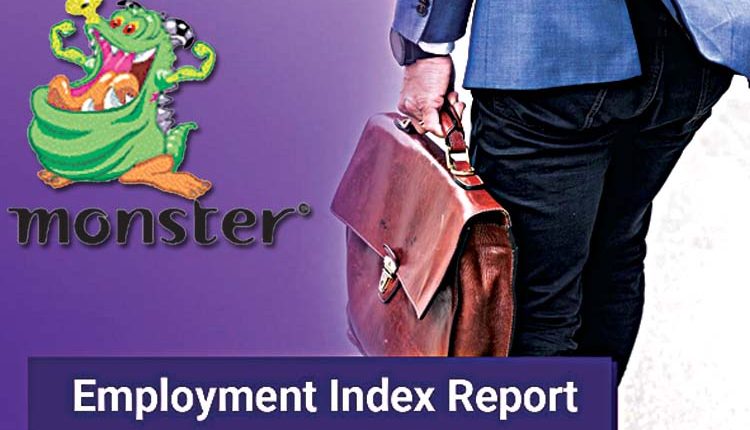 Mumbai, Jul 12 (Agency) Even though the second wave of the pandemic and subsequent lockdowns affected the economic growth, the overall job postings have improved sequentially four per cent across various sectors, according to a report. Despite the second wave of the pandemic and subsequent lockdowns, the past six months reflect growth in job postings across various sectors, according to the Monster Employment Index, a report by Monster.com, a Quess company. According to the Index, there was a notable overall monthly growth of four per cent in June compared to May 2021. Overall job postings have also improved by seven per cent year-on-year in June as compared with the same month in 2020, indicating an optimistic outlook for the coming months, the report noted. The Monster Employment Index is a comprehensive analysis of online job posting activity conducted by Monster India.

The report showed that with the ease of lockdown restrictions, all 27 industries monitored by the Index witnessed positive month-on-month growth in June. The industries such as import-export (25 per cent); production and manufacturing (14 per cent); shipping and marine (11 per cent); and healthcare, biotechnology and life sciences, pharmaceuticals (10 per cent) have shown the highest growth month-on-month in June. Other industries performing well compared to the previous month include BFSI (banking, financial services & insurance), telecom, real estate, and media & entertainment. The travel and tourism industry (three per cent) showed a positive uptick compared to previous months, implying an optimistic prospect to recovery.

Further, agro-based industries, FMCG (fast-moving consumer goods), food and packaged food, and printing & packaging industries showed one per cent growth in hiring in June, compared with May. Meanwhile, when it came to cities, job postings in Baroda (9 per cent), Chandigarh (6 per cent), Pune (6 per cent) and Coimbatore (6 per cent) indicated the highest month-on-month uptick compared to May, it stated. Bengaluru (2 per cent), Kochi (1 per cent) and Hyderabad (1 per cent) showed muted growth as of June compared to the previous month. The overall uptick in job postings showed a positive trend of rampant recovery from the second wave of the pandemic.

The report further found that in June, functions such as finance and accounts (11 per cent), healthcare (10 per cent), and HR and admin (8 per cent) witnessed a positive uptick in job postings month-on-month. This growth in hiring can be attributed to financial technology expansions, increasing use of digital payments, expanding vaccination efforts, and the increase in hiring activity for talent acquisition, it added. Other functions that showed an uptick in demand for talent include customer care (6 per cent), hospitality (5 per cent), marketing (5 per cent) and sales & business development (5 per cent), it said. Monster.com Chief Executive Officer Sekhar Garisa said it is encouraging to see a positive growth in hiring activity across industries in June, as the country begins to recover from the second wave of the pandemic. ‘With vaccination drives underway actively and sectorial revival in progress across industries supported by the government schemes, the Indian recruitment space is certainly faring with more stability and grit. ‘Hiring activities in metropolitan cities have also exhibited promising numbers as compared to last year, reinstating that the economy is on the mend,’ he added.

Recast loans at non-bank lenders may double this fiscal