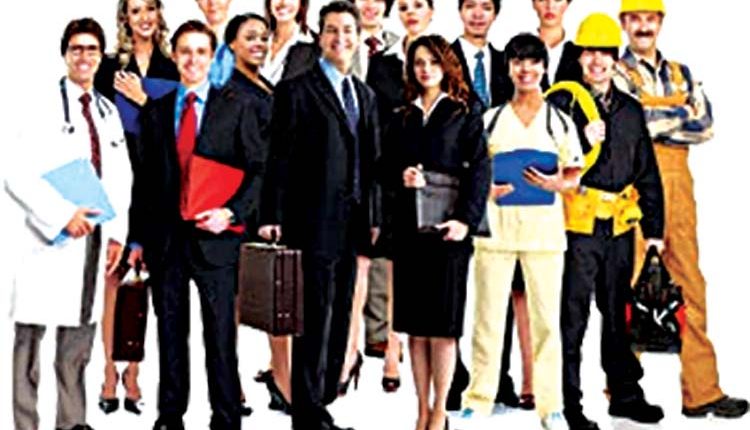 New Delhi, Sep 27 (Representative) Job count in key nine sectors including manufacturing, construction, transport, health and education grew 29 per cent to 3.08 crore in April-June quarter of current fiscal as compared to 2.37 crore in the sixth Economic Census (2013-14). The nine sectors account for majority of the total employment in the non-farm establishments. As per All-India Quarterly Establishment-based Employment Survey (AQEES) prepared by the Labour Bureau, the most impressive growth of 152 percent was recorded in the IT/BPO sector while growth rates in health stood at 77 percent.

Employment in manufacturing sector grew by 22 percent while in transport sector it recorded 68 percent jump. In the construction sector, the job count grew by 42 per cent. However, employment in trade came down by 25 percent and in accommodation & restaurant the decline was by 13 percent. Financial services saw a growth rate in employment of 48 percent. The Quarterly Employment Survey (QES) covered establishments employing 10 workers or more. Launching the quarterly survey, Labour and Employment Minister Bhupender Yadav said that of the total employment estimated in the selected nine sectors, manufacturing accounts for nearly 41 percent followed by education with 22 percent, and health 8 percent.

Trade as well as and IT/BPO each engaged 7 percent of the total estimated number of workers, Yadav added. Nearly 90 percent of the establishments have been estimated to work with less than 100 workers, the corresponding figure during Economic Census (EC- 6) being 95 percent. “Nearly 35 percent of the IT/ BPO establishments worked with at least 100 workers, including about 13.8 percent engaging 500 workers or more. In the health sector, 18 percent of the establishments had 100 or more workers,” the survey report said. The over-all participation of female workers stood at 29 percent, slightly lower than 31 percent reported during 6th EC. As per the QES survey findings, regular workers constitute 88 percent of the estimated workforce in the nine selected sectors, with only 2 percent being casual workers. However, 18 percent of workers in the construction sector are contractual employees and 13 percent are casual workers. The nine selected sectors covered during the survey are manufacturing, construction, trade, transport, education, health, accommodation & restaurant, IT / BPO and financial services.

India Post UP Recruitment 2021 for MTS, Postman and Postal Assistant/Sorting.