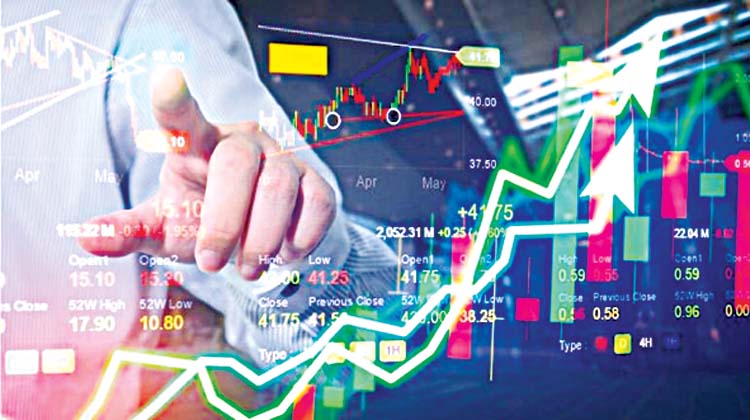 New Delhi, Jul 15 (Agency) Investors’ wealth rose by Rs 2,22,763.25 crore in three days of market rally, with the benchmark Sensex closing at an all-time high on Thursday. At close of trade, the 30-share BSE index gained 254.80 points or 0.48 per cent to 53,158.85, its lifetime closing high. During the day, the benchmark also reached its all-time intra-day peak of 53,266.12 points. The benchmark has gained 786.16 points in three days. Following the rally in equities, the market capitalisation of BSE-listed companies reached its fresh all-time high of Rs 2,33,86,397.18 crore on Thursday.

‘Markets traded with a positive bias for the third successive day and gained nearly half a per cent. The benchmark opened marginally in the green, however, strong buying in the IT and banking majors pushed the index higher,’ said Ajit Mishra, VP – Research, Religare Broking Ltd. HCL Tech was the biggest gainer in the 30-share frontline companies pack, gaining over 5 per cent, followed by Larsen & Toubro, Tech Mahindra, HDFC Bank and UltraTech Cement. On the other hand, Bharti Airtel, M&M, Asian Paints and Titan were among the laggards. In the broader market, the BSE midcap and smallcap indices rose up to 0.43 per cent. Sectorally, BSE realty, capital goods, IT, industrials, metal, basic materials and bankex closed up to 4 per cent higher. On the other hand, oil and gas, telecom, energy and auto indices, among others, dipped up to 0.87 per cent. ‘Domestic equities extended gains with benchmark indices recording fresh all-time highs today. Notably, continued rebound in IT stocks followed by Financials supported today’s rally,’ said Binod Modi, Head Strategy at Reliance Securities.

Most Job applications rejected or cancelled during second wave