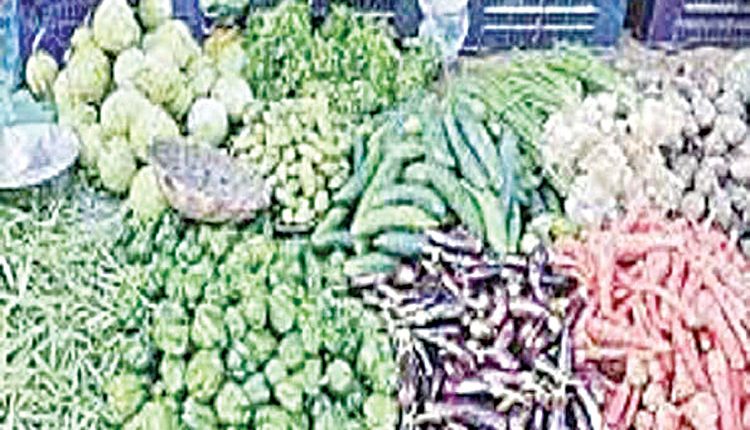 New Delhi, Oct 12 (FN Agency) India’s retail inflation measured by consumer price index (CPI) surged to a five-month high of 7.41% in September from 7% in August, showed the government data released on Wednesday. The Consumer Food Price Index (CFPI) also increased month-on-month to 8.60% from 7.62 per cent in August, according to Ministry of Statistics & Programme Implementation (MoSPI) data.

The data showed cereals and products inflation rose 11.53% year-on-year in September while vegetable inflation surged 18.05% during this period. “Food inflation spiked to a 22 month high 8.4% in September 2022, with a sharp sequential upmove in vegetables, cereals and spices. The excessive rainfall in early October 2022 may adversely impact the kharif harvest and delay rabi sowing, thereby posing a material upside risk to the food inflation outlook. However, the impact of the same on the YoY food inflation prints is likely to be partly mollified by the high base that lies ahead for H2 FY2023,” said ICRA Chief Economist Aditi Nayar. The retail inflation has stayed above Reserve Bank of India (RBI)’s upper tolerance band of 6% despite the central bank raising the policy repo rate to contain price rise. A separate data released by MoSPI showed India’s factory output, measured by Index of Industrial Production (IIP), contracted 0.8% in August as manufacturing and mining sector output declined.

The IIP had grown 13% in August last year on the back of a favourable base. While manufacturing sector output fell 0.7% in August 2022, the mining sector registered a sharp 3.9% fall. Electricity sector output increased 1.4% year-on-year in August 2022. “In an unpleasant surprise, the IIP contracted in August 2022, with heavy rains dampening construction activity and electricity demand, and the bleak manufacturing output belying the hope generated by the robust GST e-way bill data. In our view, it is better to look at the uptrend in the GST e way bills in August-September 2022 for cues regarding the strength of festive demand, than the tepid manufacturing growth print of August 2022,” said ICRA’s Nayar.

Partnership between govt and private sector key in managing any crisis: Irani